On the occasion of Cambio, their major new exhibition at the Serpentine Gallery, Formafantasma will be in conversation with curator Rebecca Lewin to discuss the research and development of the project, as well as the designers’ practice. Presented in collaboration with Inside/Out lecture series, Royal College of Art, with the support of the Italian Cultural Institute – London.

On the occasion of Cambio, their major new exhibition at the Serpentine Galleries, Formafantasma will be in conversation with curator Rebecca Lewin to discuss the research and development of the project, as well as the designers’ practice. Presented in collaboration with Inside/Out lecture series, Royal College of Art.

Since then, Formafantasma's practice has been characterised by experimental material investigations and detailed explorations of the history, context and implications of the transformation of natural resources into commodities. In perceiving their role as a bridge between craft, industry, object and user, they are interested in forging links between their research-based practice and a wider design industry. As a result, works by Formafantasma have been commissioned by a variety of partners including Fendi, Max Mara - Sportmax, Hermès, Droog, Nodus rug, J&L Lobmeyr, Gallery Giustini / Stagetti Roma, Gallery Libby Sellers, Established and Sons, Lexus, Krizia International and Flos.

This exhibition is closed to the public until further notice in line with advice from Public Health England, however you can experience much of it online via the Bloomberg Connects app. 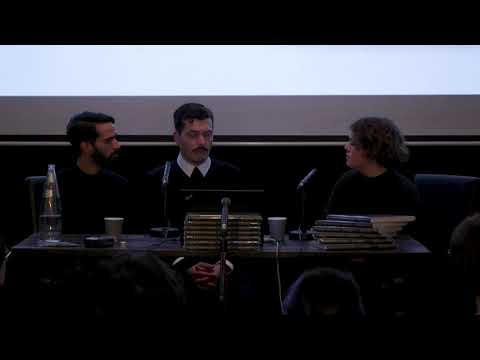