The exhibition took place in the Serpentine Sackler Gallery, an extension completed in 2013 and one of Zaha Hadid Architects’ first permanent buildings in central London.

Hadid is widely regarded as a pioneering and visionary architect whose contribution to the world of architecture was ground-breaking and innovative. The Serpentine presentation, first conceived with Hadid herself, revealed her as an artist with drawing at the very heart of her work, and included the architect’s calligraphic drawings and rarely seen private notebooks with sketches, which reveal her complex thoughts about architectural forms and their relationships. The show focused on Hadid’s early works before her first building was erected in 1993 (Vitra Fire Station in Germany), and presented her paintings and drawings from the 1970s to the early 1990s. A select number of institutions and museums across the world joined in this timely homage to Hadid.

Drawing and painting were fundamental to Hadid’s practice. Influenced by Malevich, Tatlin and Rodchenko, she used calligraphic drawings as the main method for visualising her architectural ideas. For Hadid, painting was a design tool, and abstraction an investigative structure for imagining architecture and its relationship to the world we live in. These works on paper and canvas unravel an architecture that Hadid was determined to realise in built structures, and is seen in the characteristic lightness and weightlessness of her buildings. Conceived as Hadid’s manifesto of a utopian world, the show revealed her all-encompassing visions of arranging space and interpreting realities.

Many of Hadid’s paintings pre-empt the potential of digital and virtual reality. Technology and innovation has always been central to the work of Zaha Hadid Architects. As Patrik Schumacher, Director, Zaha Hadid Architects said: “It was Zaha Hadid who went first and furthest in exploring this way of innovating in architecture – without, as well as with, the support of advanced software.”

The Serpentine has had a long relationship with Hadid, begun in 1996 when she joined as a Trustee of the Serpentine Gallery. Her first structure in London was the inaugural Serpentine Pavilion in 2000. It was followed by a light installation, Lilas, in 2007. In 2013, she completed the extension for the Serpentine North Gallery, one of Zaha Hadid Architects’s first permanent buildings in central London. She also participated in the Serpentine’s Interview Marathon in 2006 and 89Plus Marathon in 2013.

The exhibition coincided with the opening of Zaha Hadid Architects much anticipated Mathematics: The Winton Gallery at the Science Museum, which explored how mathematicians, their tools and ideas have helped to shape the modern world. 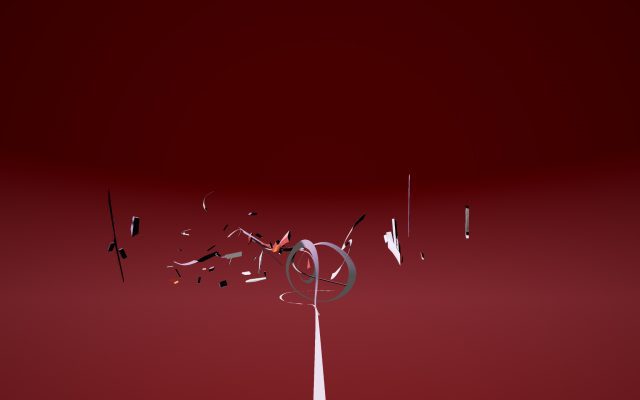 On the occasion of the exhibition Zaha Hadid: Early Paintings and Drawings a series of experimental virtual reality experiences were specially developed with Za... 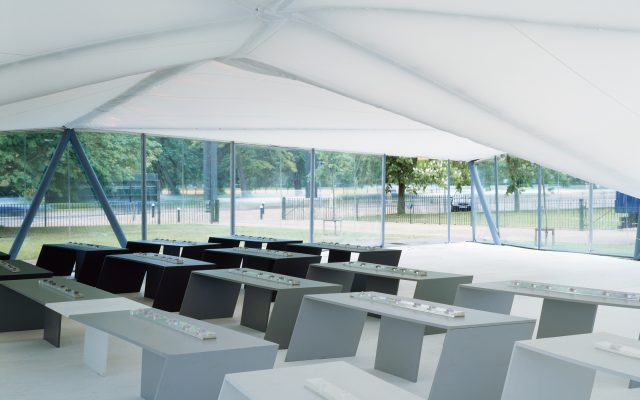 Zaha Hadid designed the inaugural pavilion for the Serpentine Gallery Pavilion series in 2000. 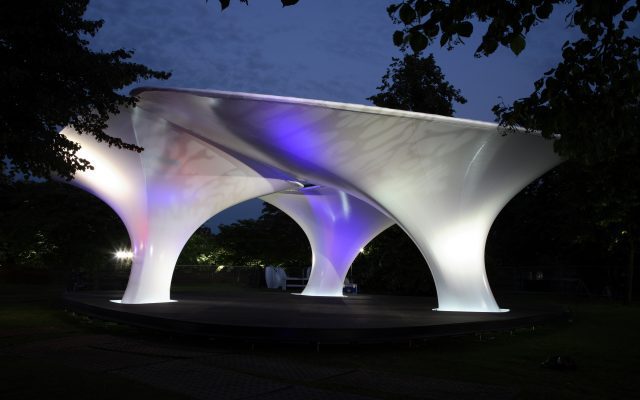 Lilas was a temporary installation created by Zaha Hadid Architects. 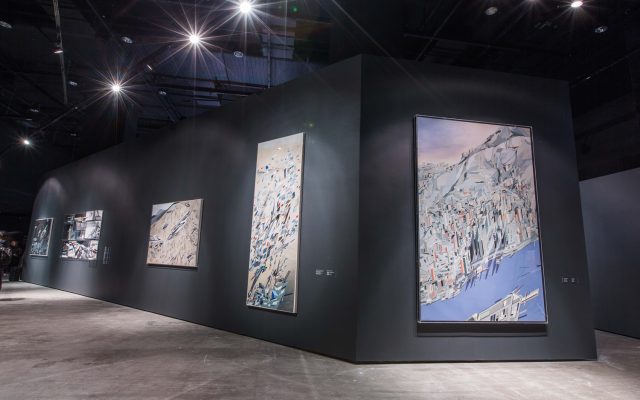 A critically acclaimed exhibition of early paintings and drawings by the late Zaha Hadid toured in Hong Kong.