Building on the Radical Kitchen: Recipes for Building Community and Creating Change programme launched in 2017, Serpentine presents a second season of its lunchtime gatherings in the Serpentine Pavilion, designed by Frida Escobedo. On Thursday 30 August, researcher and designer Francesca Sarti (Arabeschi di Latte) reflects on clay.

Arabeschi di Latte is a design studio founded by Francesca Sarti in 2001 and based in London since 2013. The studio’s mission is to experiment with new design concepts that relate to food, focusing on its fascinating power to create situations and relationships and using food as a prior angle to investigate cultural conditions and contemporary rituals. Blurring the boundaries between food and design, Arabeschi di Latte has created and exhibited a variety of projects around the world, from interactive installations to temporary cafe’, bespoke food concepts and performances. Works by Arabeschi di Latte have been commissioned by a variety of partners including A/D/O New York, V&A, London Design Museum, Nouveau Musee de Monaco, MAXXI, MACRO, Fiorucci Art Trust; The Vinyl Factory; Selfridges, Marni, Fendi, Kenzo, Zegna; Molteni, Boffi, Cesarstone, Pitti Immagine; The New York Times, RCS, San Pellegrino, Illy. Francesca Sarti is lecturing and heading workshops in various universities and institutions including ECAL and HEAD in Switzerland, SPD, Politecnico and Domus Academy in Milan and IUAV in Venice.

Radical Kitchen 2018 was a collaboration with Nicoletta Fiorucci, Founder of Fiorucci Art Trust, and is supported by Aesop. 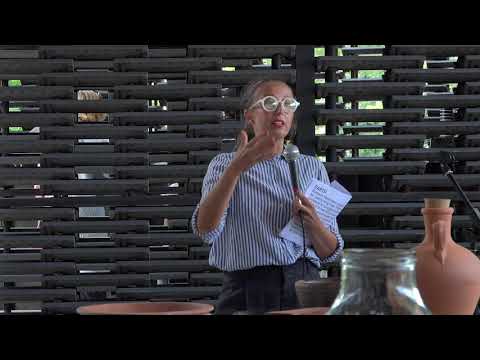