Cracks in the Curriculum: Reclaiming Shakespeare

Through a focus on Twelfth Night, participants developed personal and critical readings of William Shakespeare inspired by the history and practices of radical theatre.

Using critical discussion, performative readings and forum theatre, they explored the political and social counter-narratives within Twelfth Night, and made links between Shakespeare and the world today. The session included time and support to map out ways of applying the ideas back to context.

Cracks in the Curriculum runs in parallel to the exhibition programme and aims to bring artists and educators together to discuss ways of addressing pressing social issues into the classroom. Taking place in both the exhibition and studio, the workshops comprise readings, critical discussion and creative activities. The workshop was devised for anyone who works with children or young people and wants to join an active discussion about Shakespeare, drama and English in schools. Materials, resources and refreshments were provided free of charge.

Frances Rifkin is a director of political and community theatre. Since 2011, Rifkin has worked with the Serpentine Galleries as the director of Implicated Theatre. She was director of Recreation Ground Theatre Company (1971–1979) and Banner Theatre, Birmingham (1979–1988), and participated as a theatre activist in the anti-fascist movements, disputes and strikes of the time. Rifkin trained extensively with Augusto Boal and was lecturer on community and workshop theatre at Warwick and Lancaster Universities (1992 – 1997).

This workshop ran in parallel to Marc Camille Chaimowicz’s exhibition An Autumn Lexicon. 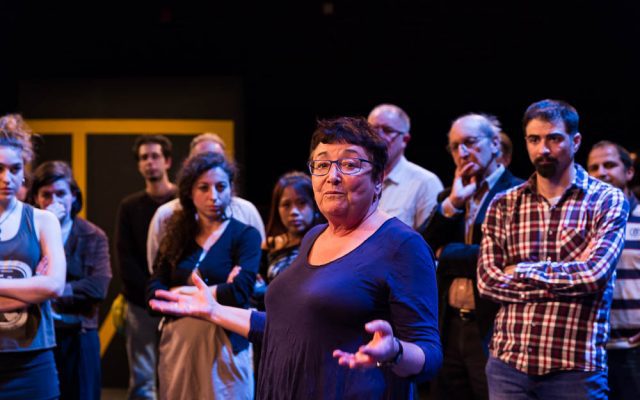 What territory does ‘Applied Theatre’ occupy between the creative spheres of arts and theatre practice?