Situated in Francis Kéré’s Serpentine Pavilion for the duration of Frieze Week (3-8 October, 10am-6pm), Hollowgram reflected on majesty and the marble and bronze statues in Kensington Gardens, registering the ghostly traces that haunt London. Raqs Media Collective are key interlocutors in the shaping of the ideas that underpin this year’s Serpentine Marathon.

“The hologram is a hollow telegram with a terse message. We want to turn this message inside out, by using the hologram to communicate not the presence of the body of power, but its vacancy, its absence, its fragile abdication from the world.

Majesty, power, energy, youth — they all have their marble and bronze ghosts in Kensington Gardens. To be in the Serpentine Galleries is to be adjacent to spectres. But the garden isn’t only about powerful men and the lone majestic woman. It is a place where millions of ordinary men and women pass through, meet each other, snack, pass the time. Many of these people are visitors and tourists, but many are ordinary Londoners, many of these ordinary Londoners are from those parts of the world that London once ruled. They are the grandchildren and great grandchildren of peasants from the Punjab and Bengal, immigrants from hungry Ireland to distant Australia, tribesmen from the Niger Delta and indentured labourers in the islands of the Caribbean. The world that was once ruled by the men petrified in London now passes through it, sometimes it stops to snack or throw an absent gaze in the direction of their erstwhile eminences.

The hologram is an interesting form of political technology. It has become the medium of choice for chieftains in Turkey and in India, who distribute their presence, in rallies and public meetings, through the simultaneous projection of giant holograms. The hologram shows the people that the ruler is radiant, omnipresent and spectral. Live and not live, dead and flickering, electrical and electoral — all at the same time. Of how it stands, stays, leaves and hovers as a ghost.

The question of who enters, who exits and who gets to stand in the agora is central to politics. Ceremonial spaces and situations like a Royal Garden, or the ‘Delhi Durbar’ (Delhi Coronation) of 1911, are usually designed with a view to creating an effective representation of the durability as well as the pomp and circumstance of power.

History, however, marks the fact that power can never be eternal. Eventually, all forms of power, in their turn, are rendered vacant by the passage of time. Power becomes its own ghost and often returns to haunt itself. With this project, we want to think about how to represent this inevitability of abdication. We want to register a trace of that which we think haunts London.” 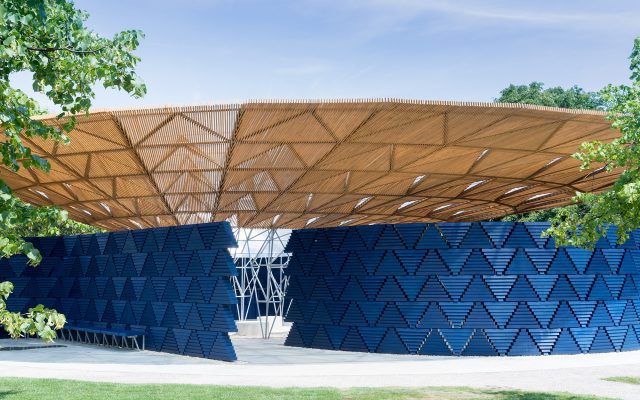 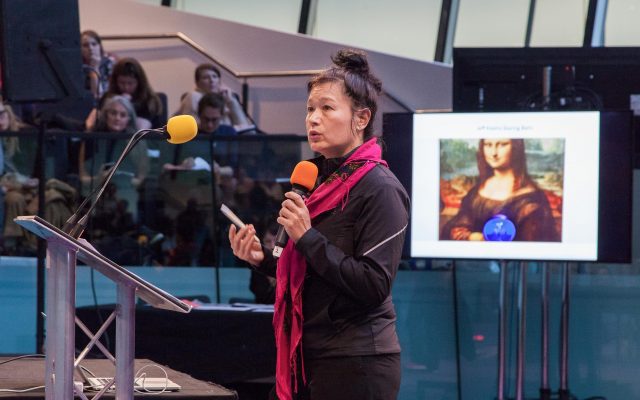