Modelled on the Serpentine’s annual Pavilion commission in London’s Royal Park of Kensington Gardens, the inaugural Serpentine Pavilion Beijing opened to the public on 30th May at WF CENTRAL on Wangfujing in Beijing’s Dongcheng District. Located just 600m away from the historic Forbidden City, this bustling area has been home to cultural and commercial activities since the middle of the Ming Dynasty. The Serpentine Pavilion Beijing was a public space for cultural activities, events and social encounters at the very heart of WF CENTRAL, with a programme of cultural activities programmed across five Pavilion Weekends over the summer.

The eminent Chinese practice JIAKUN Architects, led by architect Liu Jiakun, responded to the brief of designing a world-class temporary Pavilion that took into consideration both the historic and social context of Beijing and the 17-year history of the Serpentine Pavilion commission. Initiated in 2000, the London scheme has showcased renowned architects from Zaha Hadid to Rem Koolhaas.

With a focus on society, community and a respect for local context and vernacular craftsmanship, Liu Jiakun aimed to address contemporary architectural issues with a sense of realism, an approach inspired by folk wisdom. His vision remains open to China’s many traditions and his projects shed light on the reciprocal relation between Chinese public life and urban cultural space.

JIAKUN Architects’ Serpentine Pavilion Beijing took inspiration from Confucianism, with an architecture that was a physical representation of the traditional pursuit of Junzi. The design was characterised by the figure of the Archer, in the form of a curved cantilever beam that incorporated the forces of elasticity through cables stretched between steel plates. Although modern architecture in Beijing has developed a series of powerful techniques to fight the external forces of fierce winds and unpredictable earthquakes, the Pavilion’s integral structure aimed – like the Tai Chi Master – to conquer the harshness of those forces with softness.

This exciting collaboration marked the first Pavilion co-commissioned and built by the Serpentine outside the UK. Previous Serpentine Pavilions have enjoyed a life after – and outside – London: Zaha Hadid’s 2000 Pavilion has relocated to Cornwall, UK; Toyo Ito’s structure is in the grounds of Le Beauvallon in Sainte-Maxine, France, Sou Fujimoto’s Pavilion is on show in Tirana, Albania, courtesy of the LUMA Foundation; and Smiljan Radić’s Pavilion is at Hauser & Wirth, Somerset, UK. Francis Kéré’s 2017 Pavilion moved to Ilham Gallery in Malaysia. 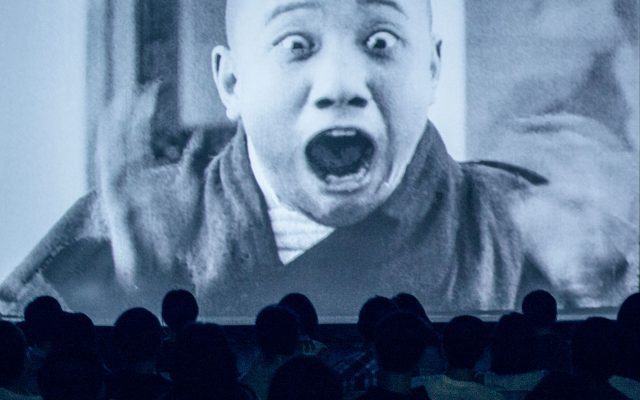 With the Forbidden City as its backdrop, the Serpentine Pavilion Beijing hosted weekend-long cultural activities and thought-provoking panels once a month, offe...