To mark the opening of the Serpentine Pavilion 2022 Black Chapel designed by Theaster Gates, the artist and Sir David Adjaye OBE will be in conversation with Hans Ulrich Obrist, Artistic Director, Serpentine. The conversation will explore their work in art, architecture, urbanism and space-making.

Gates is the twelfth recipient of the Frederick Kiesler Prize for Architecture and the Arts (2021). In 2020, Gates received the Crystal Award for his leadership in creating sustainable communities. He was the winner of the Artes Mundi 6 Prize and a recipient of the Légion d’Honneur in 2017. He was awarded the Nasher Prize for Sculpture 2018, as well as the Urban Land Institute’s J.C. Nichols Prize for Visionaries in Urban Development. Gates is a professor at the University of Chicago in the Department of Visual Arts and serves as the Senior Advisor for Cultural Innovation and Advisor to the Dean at the Harris School of Public Policy. Gates is currently included in A Movement in Every Direction: Legacies of the Great Migration at the Mississippi Museum of Art, Jackson, Mississippi from 9 April – 11 September 2022; and in STILL ALIVE, featured at Aichi Triennale, Tokoname, Japan from 30 July – 10 October 2022.

Sir David Adjaye OBE is a Ghanaian-British architect who has received international acclaim for his impact on the field. In 2000, he founded Adjaye Associates, which today operates globally, with studios in Accra, London, and New York and projects spanning across the globe. Adjaye’s largest project to date – The National Museum of African American History & Culture– opened on the National Mall in Washington DC in 2016 and was named Cultural Event of the Year by The New York Times. In 2017, Adjaye was recognised as one of the 100 most influential people of the year by TIME Magazine. Adjaye was announced the winner of the 2021 RIBA Royal Gold Medal. Approved personally by Her Majesty the Queen, the Royal Gold Medal is considered one of the highest honours in British architecture for significant contribution to the field internationally. Sir Adjaye is also the recipient of the World Economic Forum’s 27th Annual Crystal Award, which recognises his “leadership in serving communities, cities and the environment.” 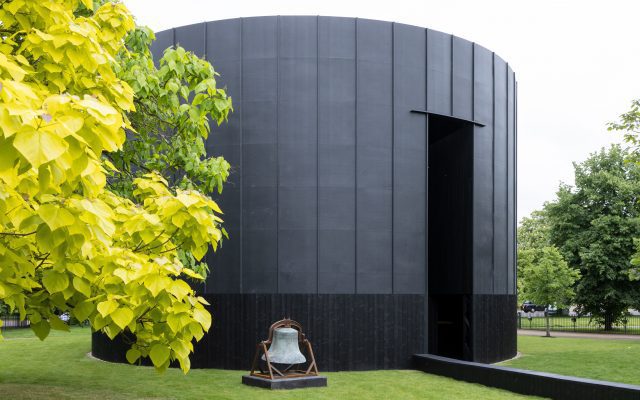