Arthur Jafa’s work is driven by a recurrent question: how might one identify and develop a specifically Black visual aesthetics equal to the ‘power, beauty and alienation’ of Black music in US culture?

Mississippi-born Arthur Jafa is based in Los Angeles. His first solo exhibition at Gavin Brown Enterprise took place in 2016. He was selected for the 2016 Made in L.A. Biennial at the Hammer Museum, and in 2015, he presented APEX redacted, a public video installation for Flux Night in Atlanta.

Additionally, his work was included in Kara Walker’s exhibition Ruffneck Constructivists at the ICA Philadelphia and he has shown at the Whitney Museum of American Art, New York (2001); Media City, Seoul (2000); Black Box, CCAC Institute, Oakland (2000); and Artists Space, New York (1999). Selected works as a film director include: Slowly This, Smile, Until, Deshotten, Dreams Are Colder Than Death, Adrian Young. As a cinematographer, he has worked with featured-film directors, John Akomfrah, Julie Dash, Andrew Dosunmu, Haile Gerima, and Spike Lee. Jafa is also a principal member of studio collective TNEG (along with Elissa Blount Moorhead and Malik Hassan Sayeed), a trans-Atlantic university lecturer; and has published a scribe of critical theory manifestos

Featuring Ming Smith, Frida Orupabo and Missylanyus. The Serpentine presented the work of the acclaimed US filmmaker, cinematographer and artist Arthur Jafa. Across three decades, Jafa has developed a dynamic, multidisciplinary practice ranging from films and installations to lecture-performances and happenings that tackle, challenge and question prevailing cultural assumptions about identity and race.

Artist Lucy Raven in conversation with artist, filmmaker and cinematographer Arthur Jafa with a special screening of two films: Apex (2013) and Mechanics of Empathy (in progress). 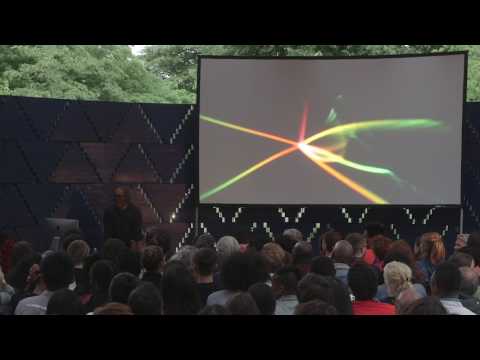