"The digital economy is the new driving engine of China’s economy."

As part of the release of Future Art Ecosystems: Art x Advanced Technologies, the Serpentine R&D team spoke to Mi You–curator, researcher and lecturer, whose work revolves around ancient and futuristic technologies. Here she shares some insights on art and technology ecosystems in China–past, future and present.

China and the Politics of Technological Transformation

Contrary to the common conception that China leaped into technoscientific modernisation after it opened its doors to Western automobile and electronics industries, China’s technoscientific development is in fact rooted in the ‘mass movements’. An extension of the Mass Line politics under Mao, mass scientific movements entailed universal science education and technological innovation through mass participation of the general population. During the politically turbulent days of the Great Leap Forward (1958-1962) and the Cultural Revolution (1966-1976), Chinese scientists engaged cybernetics, mathematics, and data sciences in villages and factories on the most local levels, using technology for political mobilisation. The equal emphasis on high-end rocket science and grassroot technological politics was the distinctive Chinese way of technological development until the end of the 1970s.

After initiating the Open Reform process, which saw China open its doors to foreign businesses, Deng Xiaoping pulled the brake on heavy military industry and with it, ousted the political mobilisation part from technological development, instead prioritising consumer industries and allowing decentralised developments driven by self-motivated local agents. Deng Xiaoping’s ‘科学是第一生产力’ (‘science is the first productive force’) became the motto, supplanting the place of revolutionary subjects. At this juncture, Qian Xuesen, the father of China’s rocket program, suggested using cybernetics to study agriculture and ecology – not unlike his Western peers, as well as supernatural functions of the human body in Qigong and other practices. Even as China moved closer to the liberal economic model of the West, throughout the four decades in the last century, the adamant emphasis on the role of the human agent has always shaped the political dimension of technology as opposed to approaching technology as something universal that overrides political formations.

Despite all the historical shifts, the cultural residue of mass technological politics seems to be left dangling, and formed the entire imaginary of the generations that grew up from the 1960s to the 1980s. Liu Cixin, the popular sci-fi writer, is a product of this time, and his best-selling novel The Three-Body Problem, is set in part in the 60s and 70s, in a solitary extra-terrestrial research centre in China. The recent sci-fi boom in China is fuelled partially by these cultural roots.

The influence of sci-fi in Chinese art and architecture

Fuelled by the international success of Cixin Liu’s Three Body Problem book trilogy and the film adaptation of The Wandering Earth in 2019, there has been a surge in publicly and privately funded development programs on ‘sci-fi industries’ in the form of spin-offs, theme parks and AR/VR-aided experiences, university research centres on sci-fi and sci-fi writing competitions in elementary schools.

One major player is the Science and Imagination Research Centre at the Southern University of Science and Technology in Shenzhen, which issues the China Sci-Fi Industry Report. Another one is the Beijing-based sci-fi promotion company ‘Future Affairs Administration’, which offers a comprehensive sci-fi industry watch in tandem with an annual sci-fi expo. There have been attempts to bring contemporary art into this expo. Tech companies show their interests in this field too. The ‘Future Affairs Administration’ has also organised a collaboration between Ant Finance, Alibaba’s finance branch with Chinese and international sci-fi writers. They took the writers on an inspiration journey to the company’s headquarters in Hangzhou and top-notch science research institutes across China. The stories that resulted from this process have been published as a book called Promised Land. Furthermore, sci-fi has been cited as an inspiration for emerging stars in architecture such as Shenzhen-based Swooding Architects, who recently won a major urban design competition for the Central Business District of Shenzhen Bay and work on research and design projects with clients such as Tencent and Dji, as well as in artistic collaborations.

The digital economy is the new driving engine of China’s economy. It is estimated that in 2019, the internet economy reached the size of 313 trillion RMB (44 trillion USD), or 1/3 of Chinese GDP. Digital economic models are being deployed by internet platforms beyond e-commerce, and are increasingly recognised as ‘new social infrastructures’. Kuaishou, China’s leading video sharing app, is a pioneer in this. As opposed to its rival TikTok/Douyin, Kuaishou targets third-tier city and countryside users, and allows users to see diverse contents by way of its more flat algorithmic design. For example, farmers started livestreaming their daily production routines and became hugely popular. The platform built in an e-commerce function and worked with farmers to sell their produce peer-to-peer. This in effect created a poverty alleviation program, now adopted as one of the pillar programs of Kuaishou. There is also an ‘economy’ around intangible goods: transmission of cultural heritage in the form of teaching how to play traditional instruments, grassroot performance of acrobatics, DIY/self-invention of useful or useless objects.

Similar changes are happening the other way around. E-commerce platforms are embracing the culture of live streaming. In the early days of the Covid-19 crisis when thousands of tons of vegetables were left to rot in rural farms due to shutdowns of agricultural wholesale markets throughout the country, Pinduoduo, a popular e-commerce platform for group buying deals, launched a campaign to help farmers distribute their produce directly to group buyers in cities. Farmers livestream from their storage and showcase their products to buyers nationwide – this has been a popular feature on Chinese e-commerce platforms for a while, though this time this personal touch is especially welcomed by users due to the unusual social condition.

The Pinduoduo grouping mechanism encourages buyers to share their reviews of products among real-life friends, creating a network of trust and a sense of participating in a social cause. The New E-Commerce Research Institute People’s Daily has given official recognition to these organisational and business models for stabilising agricultural supply chains in its latest report issued in March. Beyond business, it is the social relationships Pingduoduo creates that may outlast the epidemic and become elements for future social projects.

Do Chinese tech companies collaborate with artists, and who else is driving the art and technology ecosystem in contemporary China?

Many tech companies and researchers are open to dialogues with artistic practitioners, leading to – so far – small-scale collaborative projects, such as the collaboration between Microsoft’s AI bot xiaoice with the Central Academy of Fine Art in the form of an AI art exhibition. However, there is often a utility/art divide in these projects which is also projected into the back-end/front-end.

For the future art and tech ecosystem, I would see potential in emerging fields rather than concrete projects. For example, art can enter into more structural engagements with agents in technology by way of sci-fi, STEAM education and social and ecological causes. Artistic practices in the broader sense can help co-create community life in urban regeneration projects, or co-shape new social relations with the rise of ‘new social infrastructures’, i.e. internet platforms working increasingly in cross-sectoral ways.

"The digital economy is the new driving engine of China’s economy." 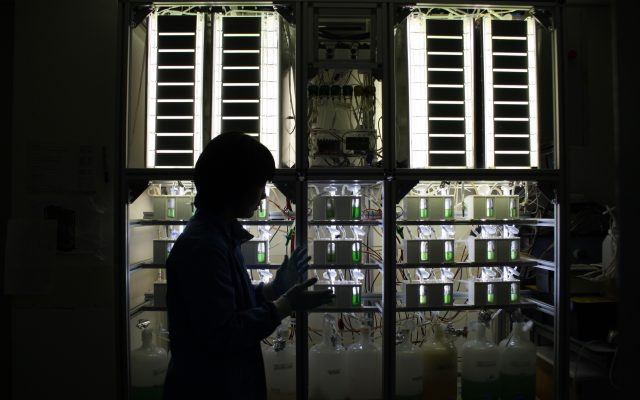 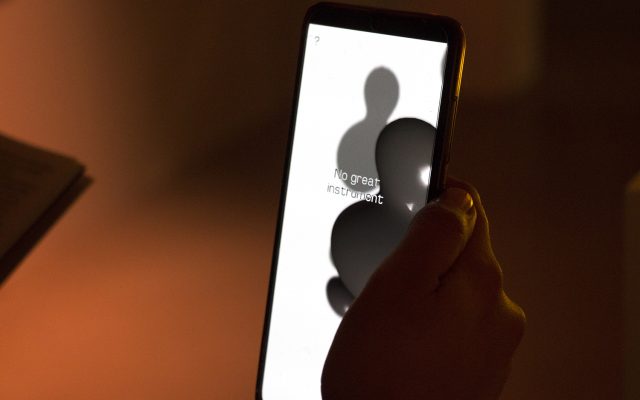 The umbra of an imago: Writing under control of machine learning

Allison Parrish draws parallels between automatic writing and writing under the control of automation.