Skip to content
Serpentine Galleries →Art & Ideas →General Ecology: In Our Bodies
Claire Filmon performing Simone Forti's Sleep Walkers / Zoo Mantras at The Shape of a Circle in the Mind of a Fish, Part 1: Language, 28 May 2018. Photo: Plastiques Photography
Audio

In our own bodies, we are outnumbered 9-to-1 by non-human cells. If we as humans need these organisms to function, what exactly do we mean when we think of ourselves as ‘an individual’? In this episode, Victoria Sin attends the second part of the long symposium, The Shape of a Circle in the Mind of a Fish: we have never been one – one of General Ecology’s key event series. Victoria catches up backstage with Daisy Hildyard, Priya Jay, Leah Kelly, Germain Meulemans, Lucia Pietroiusti, Filipa Ramos, Phoebe Tickell, Anaïs Tondeur and Anna Tsing. Featuring sound works from Annea Lockwood, Sophia Al-Maria, Vivian Caccuri and Jenna Sutela and a text excerpt from Tamam Shud by Alex Cecchetti.

General Ecology is a long-term, cross-organisational, multi-disciplinary and cross-media research project. Harnessing the network and learnings developed over the last years, the project is the Serpentine’s think tank at the porous thresholds of art, science and the humanities, bringing together the most forward-thinking researchers, artists, activists and practitioners from all disciplines to reflect on the urgent crises of the Anthropocene by thinking ecologically both within the Galleries, across a network of individuals and organisations, and in a wider context. 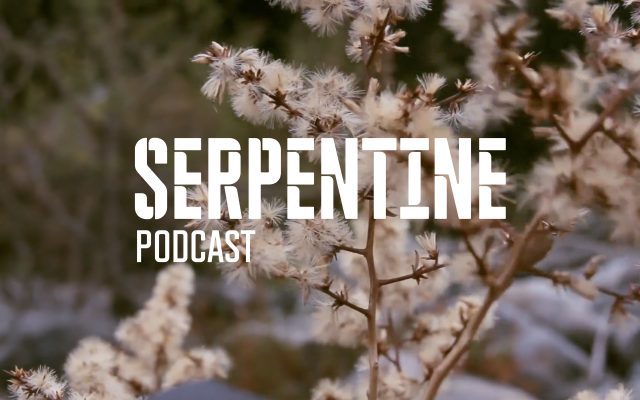 Roots move towards water. Leaves grow towards the sun. Plants don’t have neurons… Does it matter?