On the occasion of his major new exhibition at Serpentine Gallery Albert Oehlen invited the trio Steamboat Switzerland and experimental musician Lorenzo Senni to devise an evening of music inside the Serpentine Pavilion.

Steamboat Switzerland are Dominik Blum (organ), Marino Pliakas (bass) and Lucas Niggli (drums) who define themselves as a “Hammond Avantcore trio”. Their music, a crossroads between New Music and improvised jazz with influences from hardcore, drum’n’bass and noise, among others, cannot be put in a box. Steamboat Switzerland tour worldwide and have played at numerous festivals including Donaueschinger Musiktage, Moers Festival and Patti Smith’s London Meltdown Festival.

Lorenzo Senni is an experimental musician and tireless investigator of dance music’s mechanisms with a heavy background in computer music. He is the head of the experimental label Presto!? and responsible for unique releases such as Persona (Warp, 2016), Quantum Jelly (Editions Mego, 2012) and Superimpositions (Boomkat Editions, 2014). In 2016, Senni signed to the legendary Warp Records and his EP Persona was awarded with a prestigious Honorary Mention at Prix Arts Electronica. Coining the terms Pointillistic Trance and Rave Voyeurism to describe his approach, Senni carefully analyses constituent parts of rave sounds together with computer music and pop through repetition and isolation. Exploring the idea of a “build-up” in euphoric dance music as a starting point, Senni creates non-uplifting, more introspective work that implicitly preserves its emotional tension and drama. As founder of Presto!? Records, he has released albums by numerous internationally acclaimed artists including DJ Stingray, Florian Hecker, Palmistry and Evol. 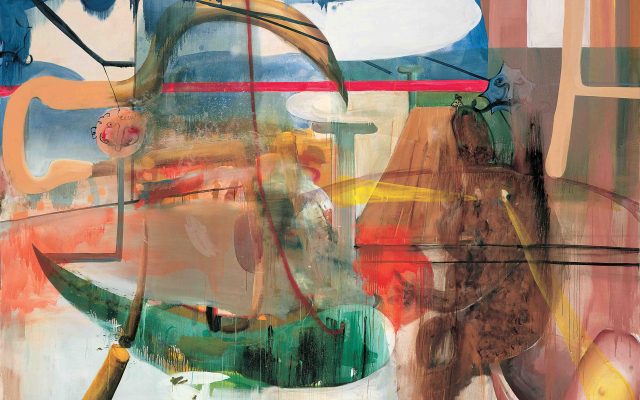 The Serpentine held a major exhibition by Albert Oehlen.