Poet, writer and broadcaster Kei Miller was joined by a choir for a special reading inside Grace Wales Bonner’s exhibition, A Time for New Dreams. The evening also featured poet and DJ James Massiah who presented a series of readings, with Abondance Matanda, Zoë Marden and Herb Powers.

Four Poets representing the Four Winds of North (Matanda), East (Powers), South (Massiah) and West (Marden) London read poems reflecting on the hardships they have faced in life in London, regarding loss, how it affected the people they have known and loved in their time in the city, recounting old war stories and reciting love letters to their lost ones and loved ones alike.

Kei Miller is a poet, novelist, essayist, short story writer and broadcaster. His many books include the novel Augustown (W&N, 2016) and poetry collection The Cartographer Tries to Map a Way to Zion (Carcanet, 2014) which won the Forward Prize (Best Poetry Collection of 2014). In 2010, the Institute of Jamaica awarded him the Silver Musgrave medal for his contributions to literature. He has a PhD in English Literature from the University of Glasgow and is currently a Professor of English and Creative Writing at the University of Exeter.

James Massiah is a poet and DJ from South London whose work explores ideas about sexuality, mortality and ethics through performance, writing and visual media. His latest project Euthanasia Party/Twenty Seven is a series of poems about fate, sex, life and death from the perspective of a young determinist. He has been commissioned to produce work for the BBC and The Guardian, as well as featuring in campaigns for Selfridges, Loewe and Nike. He has performed readings of his work at Tate Modern, Courtauld Institute of Art and Houses of Parliament and has been profiled in Vogue, Dazed, i-D and GQ. 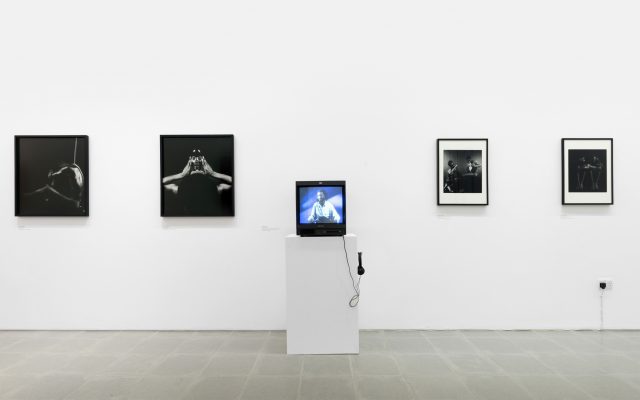 A Time for New Dreams: Klein

Composer and playwright Klein presented a reading in the context of Grace Wales Bonner's exhibition.