Belonging & Resistance: An Evening of Readings at New Beacon Books

In collaboration with Sumayya Vally of Counterspace, throughout September and October 2021 a series of live events will take place at partner venues where the Fragments of the Serpentine Pavilion 2021 are placed. Watch the recorded evening of readings below.

For the first time in the history of the Serpentine Pavilion commission, four Fragments of the Pavilion are placed in partner organisations whose work has inspired its design. They are located in New Beacon Books in Finsbury Park, one of the first Black publishers and booksellers in the UK; a multi-purpose venue and community hub The Tabernacle in Notting Hill; arts centre the Albany in Deptford, and the new Becontree Forever Arts and Culture Hub at Valence Library in Barking and Dagenham, which was established this year to commemorate the centenary of the UK’s largest council housing estate. The Fragments support the everyday operations of these organisations while enabling and honouring gatherings of local communities that they have supported for years. A gesture of decentralising architecture to include a multitude of voices, the Fragments extend out into the city the principals on which the Pavilion was designed.

The Fragment at New Beacon Books acts as a book display and a seat for customers to browse through them. Additionally, it can also be used as a stage for a reading, lecture or spoken-word performance. To honour New Beacon Books’ commitment to publishing and distribution of works by Black writers, the bookshop is hosting an evening of readings themed around constructing belonging and the history of places of resistance, co-organised with writer Courttia Newland, New Beacon Books, Serpentine Pavilion 2021 architect Sumayya Vally and Serpentine. The evening will feature Margaret Busby, Tice Cin, Gus John, Irfan Master and Derek Owusu reading their own works and those of other writers that inspired them. Courttia Newland will also read his new essay written for the upcoming catalogue accompanying the Serpentine Pavilion 2021.

Founded in 1966 by John La Rose and his partner Sarah White, New Beacon Books was the UK’s first Black publisher, specialist bookshop and international book distributor. For over 50 years New Beacon Books has made poetry, literature, non-fiction, history and children’s books from Africa, Caribbean, Asia, African America, Europe, South America and Black Britain available to various communities. Voluntary work from the community has sustained New Beacon throughout the years and recently a new generation of social media activists, students, educationalist, parents and children have shown interest in its work.

Courttia Newland has published eight works of fiction including his debut, The Scholar. His latest novel, A River Called Time, was published in 2021 by Canongate (UK) and Akashic Books (US). Newland’s short stories have appeared in many anthologies, broadcast on BBC Radio 4 and included in Best of British Short Stories 2017. He has been awarded the Tayner Barbers Award for science fiction writing and the Roland Rees Bursary for playwriting. He was previously associate lecturer in creative writing at the University of Westminster and is completing a PhD in creative writing. As a screenwriter he has co-written two feature length films for the Steve McQueen BBC series Small Axe, of which Lovers Rock was jury selected for Cannes, and opened New York Film Fest 2020. Small Axe won the LA Critics Circle award 2020 for Best Picture. Impact, an original feature, and The Future Isn’t What It Used to Be, a science fiction short, are currently in development with Film Four. His forthcoming collection of speculative fiction stories, Cosmogramma, will be published this year.

A writer, editor, broadcaster and literary critic, she has written drama for BBC radio and the stage, with radio abridgements and dramatisations encompassing work by Henry Louis Gates, Timothy Mo, Walter Mosley, Jean Rhys, Sam Selvon and Wole Soyinka. She has interviewed high-profile writers including Toni Morrison, Ngũgĩ wa Thiong’o and Ben Okri, judged the Booker Prize among others, and served on the boards of such organisations as the Royal Literary Fund, Wasafiri magazine, Tomorrow’s Warriors, Nubian Jak Community Trust and the Africa Centre in London.

Tice Cin is an interdisciplinary artist from Tottenham. A recipient of a London Writers Award for Literary Fiction, Cin’s debut novel Keeping the House has just been published; a story set around the north London heroin trade. It explores glitched modernity and isolation, and heavily features cabbages. She has been published by places such as Skin Deep, and Mixmag, and commissioned by venues including Battersea Arts Centre and Edinburgh International Book Festival. She creates digital art as part of Design Yourself – a collective based at Barbican Centre – exploring what it means to be human when technology is changing everything. A producer and DJ, she also hosts a regular radio show Homing Tunes w/ Tice.

Professor Augustine “Gus” John was born in Grenada, Eastern Caribbean and has lived mainly in the UK since 1964. He was a member of the Campaign Against Racial Discrimination (CARD) in the middle to late 1960s and a member of the Council of the Institute of Race Relations in the early 1970s. He is a scholar/activist and social analyst who has done notable work in the fields of education policy; children’s rights and the role of schooling and education in promoting social justice; school improvement; management and international development. In 1991, together with John La Rose and cultural activists, he founded the George Padmore Institute archive and library and remained a founder trustee. In 1999, Gus John co-founded the Communities Empowerment Network (CEN), a charitable organisation providing advocacy and representation for excluded school students and their parents/carers. He is now its Patron and Interim Chair. In 2019, he was awarded the honorary degree of ‘Doctor of the University’ by Birmingham City University (BCU) and is currently advising them on their Strategic Plan: BCU 2019 – 2029.

Irfan Master is a novelist and poet. His work has been translated into ten languages. His first novel for younger readers, A Beautiful Lie, was shortlisted for the Waterstones Book Award and he was longlisted for the Carnegie Medal with his second novel, Out of Heart, making him the first British born author of South Asian heritage to be longlisted. He has lead workshops at Arvon and for the British Council in the UK, Europe and Australia. He has contributed numerous short stories to anthologies, collaborated with artists and photographers, contributing poems and prose for books and exhibitions and worked on stage adaptations of his own work. Irfan is Associate Lecturer on the Creative Writing & English Literature Undergraduate programme at London Metropolitan University. He is a mentor to a number of younger writers and a passionate advocate for creative projects in the community. Irfan currently lives and works in London.

Derek Owusu is a writer, poet and podcaster from north London. He discovered his passion for literature at the age of twenty-three while studying exercise science at university. Unable to afford a change of degree, Derek began reading voraciously and sneaking into English Literature lectures at the University of Manchester. Derek edited and contributed to Safe: On Black British Men Reclaiming Space. That Reminds Me, his first solo work, won the Desmond Elliott Prize 2020 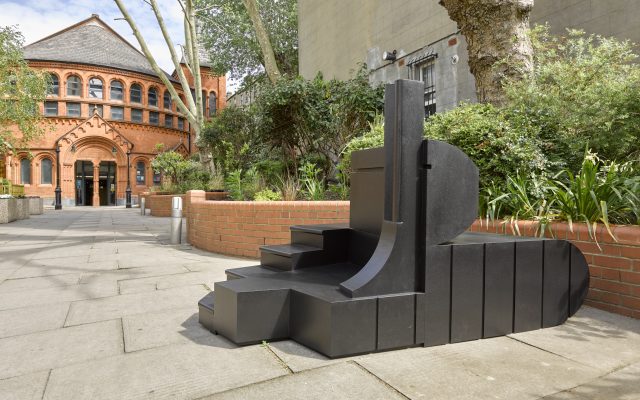 Four Fragments of the Serpentine Pavilion 2021 designed by Sumayya Vally, Counterspace are placed in partner organisations whose work has inspired its design. 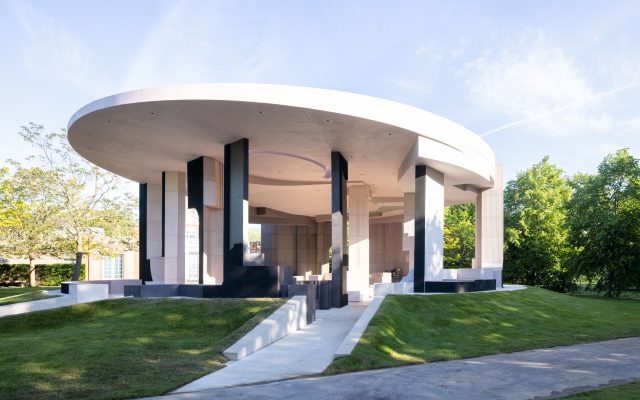 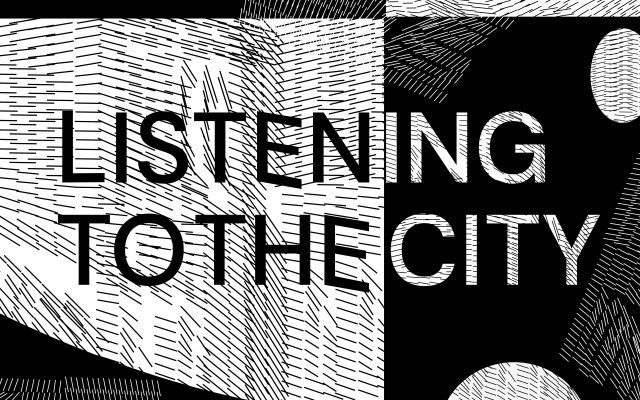 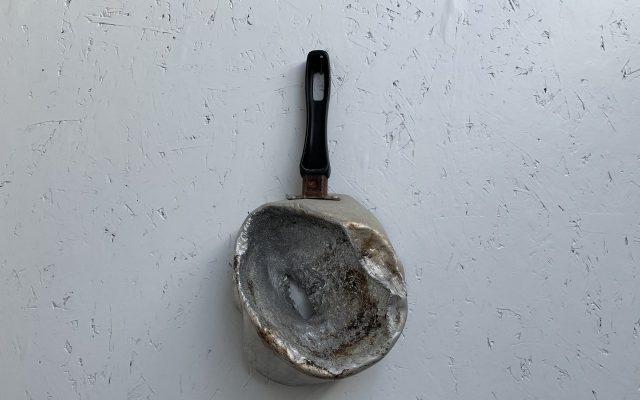 A new sound work by the artist Ain Bailey for the 2021 Serpentine Pavilion designed by Counterspace. 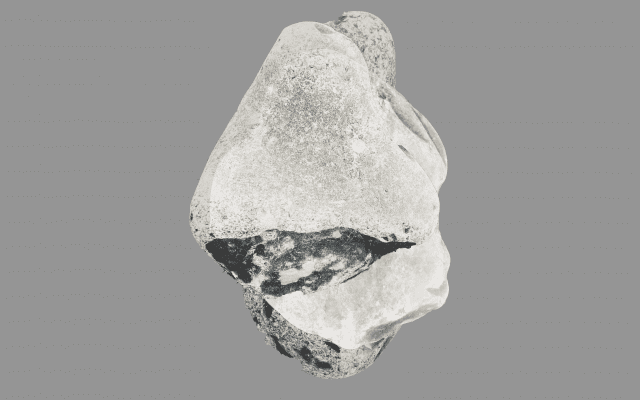