One of the most prominent artists of his generation, Ed Atkins works primarily with High Definition video and text, exploiting and subverting the conventions of moving image and literature.

Centred around an augmented and appended version of the new multi-screen video work Ribbons, Atkins’ exhibition transformed the Serpentine Sackler Gallery into a submersive environment of syncopated sounds, bodies and spaces. This was his largest solo exhibition in a UK public institution to date.

‘The exhibition will re-possess some sort of sub-horror genre; the old powder rooms, haunted by the phantom smell of gunpowder, paranoia and anticipation of violence, will emphasise a particularly phantasmatic aspect of Ribbons; the protagonist’s questionable corporeality, their presence, their performance of loss and monstrousness’ –Ed Atkins

Sounds from a suite of synchronised projections positioned throughout the Gallery led the visitor through the space, with glimpses of song, swells of orchestra, murmuring voices and waves of sub-bass. Ribbons is part musical, part horror, and part melodrama; Bach’s Erbarme Dich and Randy Newman’s I Think It’s Going to Rain Today are two of the songs featured. Naked, lonely and misanthropic, the palpable melancholy of Atkins’ Computer Generated avatar hero is ‘rendered’ as HD graphic, troll, voyeur and, perhaps, artist.

Atkins’ work draws attention to the way in which we perceive, communicate and filter information. His videos combine layered images with incomplete or interrupted excerpts of singing, speech, subtitles and handwriting. Working with a specialist in computer generated animation, Atkins exploits the hyperreal surfaces produced by new software systems to create complex, nightmarish environments populated by virtual characters, avatars of ambiguous provenance and desires. Atkins has described the male figure that appears in these works as “a character that is literally a model, is demonstrably empty – a surrogate and a vessel”. Despite the emotive music and poetic syntax of the protagonists, their emptiness serves to remind the three-dimensional, warm-bodied viewer of their own physicality.

The experience of the physical body in Atkins’ show was contrasted with and complemented by the durational performance being undertaken by Marina Abramović, whose exhibition ran concurrently at the Serpentine Gallery. 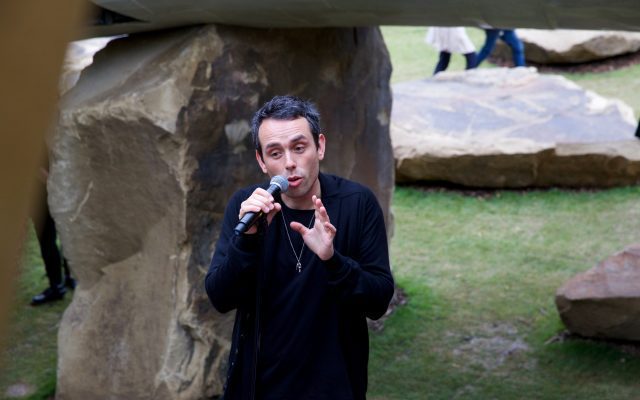 An evening of text, songs, sounds and feelings with artist Ed Atkins. 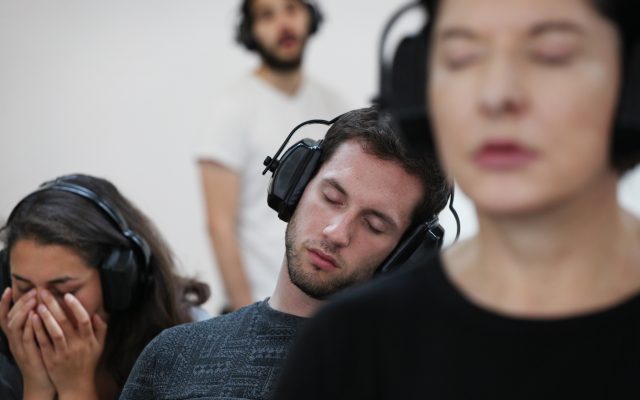