Grayson Perry: The Most Popular Art Exhibition Ever!

In 2017 Grayson Perry, one of the most astute commentators on contemporary society and culture, presented a major exhibition of new work.

The works touched on many themes including popularity and art, masculinity and the current cultural landscape.

Perry’s abiding interest in his audience informs his choice of universally human subjects. Working in a variety of traditional media such as ceramics, cast iron, bronze, printmaking and tapestry, Perry is best known for his ability to combine delicately crafted objects with scenes of contemporary life. His subject matter is drawn from his own childhood and life as a transvestite, as well as wider social issues ranging from class and politics to sex and religion.

Taking place during the Serpentine’s popular summer season, when the parks enjoy hugely increased local and international audiences, The Most Popular Art Exhibition Ever!, tackled one of Perry’s central concerns: how contemporary art can best address a diverse cross section of society.

Perry said: “I am in the communication business and I want to communicate to as wide an audience as possible. Nothing pleases me more than meeting someone at one of my exhibitions from what museum people call ‘a non-traditional background’. The new works I am making all have ideas about popularity hovering around them. What kind of art do people like? What subjects? Why do people like going to art galleries these days? What is the relationship of traditional art to social media?”

A Channel 4 documentary, Grayson Perry: Divided Britain, followed Perry as he created a new work for the show: his attempt to capture the thoughts of a divided country a year after the EU referendum. Harnessing social media, Perry invited the British public to contribute ideas, images and phrases to cover the surface of two enormous new pots: one for the Brexiteers and one for the Remainers. He also visited the most pro-Brexit and pro-Remain parts of the country for the programme. 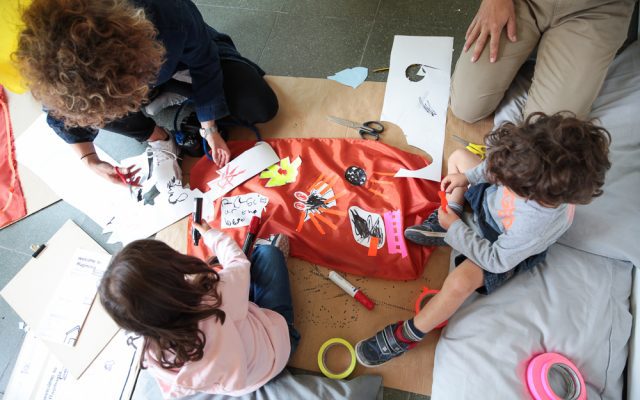 Namuun Zimmermann and Rike Glaser invited families to come together to create flags for times of separation and uncertainty. 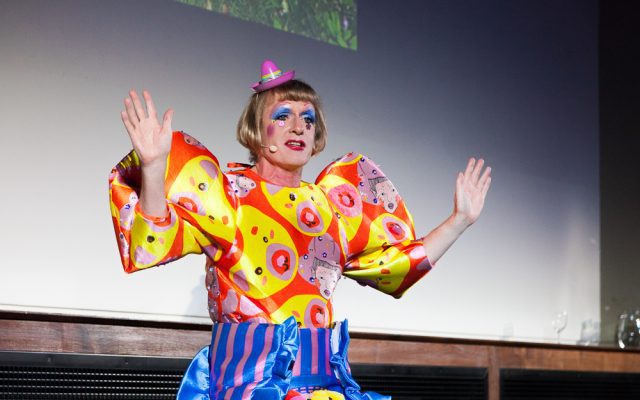 Grayson Perry talked about his work and his Serpentine exhibition, The Most Popular Art Exhibition Ever!