What kind of new forms might be possible in literature and art? That is the basic thought process behind this lecture-performance, where a lecture by the novelist Thirlwell examines the history of montage in as many media as possible (novels, theatre, film, you name it) to sketch one potential route to new ideas – but this lecture is also interrupted by conversations with the artist Parreno: because it is possible that not only will future art works need to develop wild varieties of interruption, but also that one particularly useful mode of interruption might be collaboration itself. ‘Epic theatre,’ wrote Walter Benjamin about Bertolt Brecht’s theatre, ‘does not reproduce conditions but, rather, reveals them. This uncovering of conditions is brought about through processes being interrupted.’

Venom and Eternity, Isidore Isou’s first manifesto for his Lettrist movement, won the audience prize for the avant-garde at the 1951 Cannes film festival, where Isou brought it, uninvited. In this pioneering, experimental work, indicative of Isou’s call for a ‘discrepancy cinema’, sound and images are intentionally disconnected, while the images themselves are manipulated through scratches and bleaching techniques.

Romanian-born, French poet, film critic and artist Isidore Isou (1925-2007) was the founder of Lettrism, an art and literary movement inspired by Dada and Surrealism that went on to influence movements from the Situationist International to Existentialism and American structural filmmaking.

Adam Thirlwell is the author of three novels, Politics, The Escape and, most recently, Lurid & Cute; and a project with international novels that includes an essay-book – which won a Somerset Maugham Award – and a compendium of translations edited for McSweeney’s. His novella Kapow! is in the permanent collection of the Art Institute of Chicago. He has twice been selected as one of Granta’s Best of Young British Novelists. His work is translated into 30 languages. Click here to listen to Adam Thirlwell’s short story, ‘Five Prophecies’, one of the Serpentine’s Bridge Commission Audio Walks.

Philippe Parreno is a French artist and filmmaker who lives and works in Paris. Taking the exhibition as a medium, Parreno conceives his shows as a scripted space where a series of events unfolds, guiding the visitor through sound and image. His recent films include Zidane: A 21st Century Portrait (2006, with Douglas Gordon), Marilyn (2012) and Invisible Boy (2010). In 2013, Parreno was the first artist to take over the entire 22,000 square metre gallery space at the Palais de Tokyo, Paris, with his exhibition Anywhere, Anywhere Out of the World. Click here to learn about Philippe Parreno’s exhibition at the Serpentine Gallery (25 November 2010 – 13 February 2011). 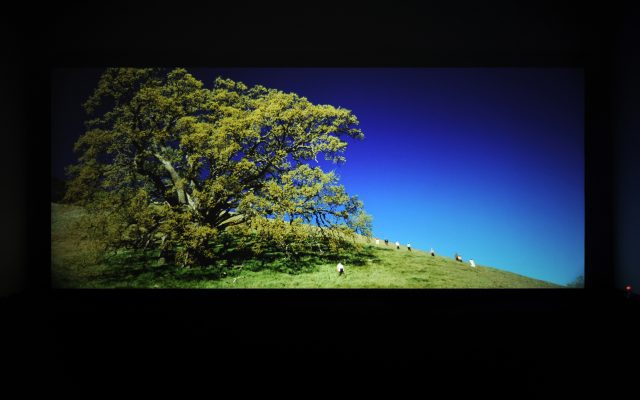 Parreno’s first solo exhibition in a public institution in the UK was conceived as a scripted space in which a series of events unfolds.