Have you ever spent time imagining the ‘other life’ you could have lived? Adam Phillips and Paul Holdengräber in conversation.

For this Park Night, psychoanalyst Adam Phillips, author of Missing Out: In Praise of the Unlived Life, and Paul Holdengräber, Director of Public Programmes at The New York Public Library, discussed the frustrations of growing up. Our deep belief in our unfulfilled potential is so profoundly rooted in childhood that, as Phillips considers in Missing Out, it comes to play a substantial role in our experience of life. Phillips proposes that our acceptance of this might itself be the key to leading a more satisfying life.

This Park Night continued the conversation between Phillips and Holdengräber that began in New York. In the intimate context of the Serpentine Gallery Pavilion 2013 designed by Sou Fujimoto, this event offered audiences the unique chance to become a part of this ongoing dialogue.

Adam Phillips is a psychoanalyst and a visiting professor in the English department at the University of York. He is the author of many books, including On Kissing, Tickling, and Being Bored; Going Sane; Side Effects and On Balance. He is the co-author of several books, including On Kindness with the historian Barbara Taylor; Intimacies with the critic Leo Bersani and The Concise Dictionary of Dress with the exhibition-maker Judith Clark.

Paul Holdengräber is Director of Public Programmes at The New York Public Library and founder and Director of LIVE from the NYPL. Leading, in this series, what he calls a ‘cognitive theatre’ of conversations, performances and debates, Holdengräber has held talks with some of the most outstanding practitioners in their fields, including Patti Smith, Orhan Pamuk, Bill Clinton, Werner Herzog, Toni Morrison, Jay-Z and WS Merwin. 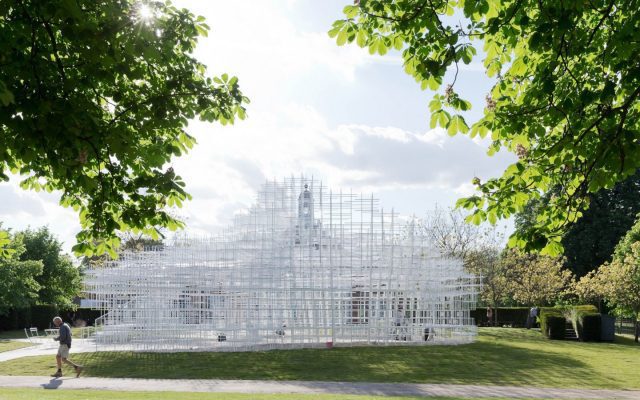