Maus was touring the USA and Europe in support of his last two albums, Songs and Love Is Real, released by Upset The Rhythm. Maus was at the time working on a third album for Upset The Rhythm. He premiered some of these new songs along with material from the first two releases.

‘John Maus is a maniac on a bloody crusade – a tortured evangelist on a mercenary quest to rid our world of villainous defilers of The Gospel of True Love. By turns shockingly infectious and disarmingly unpredictable, his music conflates a perplexing marriage of Moroder’s NeverEnding Story and classical 12-tone renegades of 20th century past, harking the new path which resurrects romance from its post-modern shackles, and reignites the promise of a better world’ –co-conspirator and collaborator Ariel Pink

Park Nights is an annual series of music, theatre, performances, talks and film screenings staged on Friday nights in the Serpentine Gallery Pavilion. 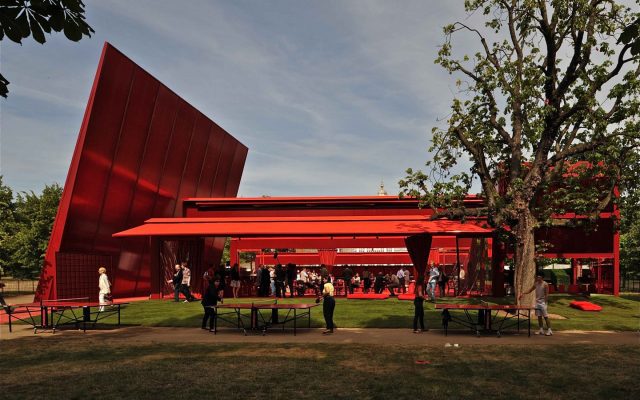