The Serpentine Gallery presented Paul Chan’s first solo exhibition in the UK and the world premiere of the complete series The 7 Lights (2005-07).

Chan described the series The 7 Lights (2005-07) as “hallucinating the seven days of creation from dawn to dusk”. His projections included visions of floating objects and falling bodies that drew on themes of the Apocalypse and Revelation, as well as referencing images and events from our contemporary world. The exhibition title referred to light, and in particular to light that had been ‘struck out’. The tension between the two is central to the artist’s practice. Score for 7th Light (2007) recast the entire series of projections as a musical composition, imagining the tension between lightness and darkness as silence and sound.

Also on show were several of Chan’s single-channel video works. These included an ‘ambient video essay’ on everyday life in Baghdad, four weeks prior to the 2003 invasion of Iraq; a film taken in the ‘red state’ of Nebraska after the 2004 US Presidential elections; and a portrait of the activist attorney Lynne Stewart, who was the first lawyer in the United States to be convicted of aiding terrorists. The exhibition was accompanied by the first major publication devoted to the artist’s work. 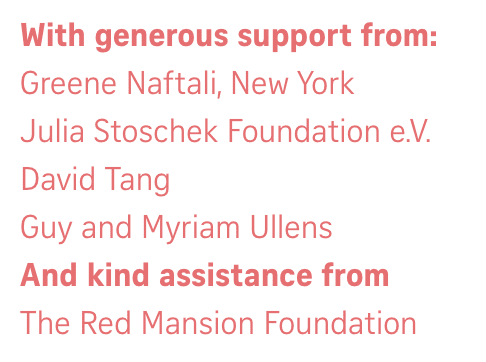