Curator and professor Kasper König presented a lecture on Reiner Ruthenbeck’s works and his exhibition at the Serpentine Gallery. Supported by the Goethe-Institut, London.


Professor Kasper König (b. 1943) was only 23 when he curated the Claes Oldenburg exhibition in a museum in Stockholm. While still a student, he organised several exhibitions and published numerous books. In 1985, König became Professor of Art and the Public, a newly created position at the Academy of Fine Arts in Düsseldorf. Three years later, he accepted a professorship at the Städelschule Frankfurt, where he has served as president of this fine arts college since 1989. During this same period, he became founding director of Portikus, an exhibition hall in Frankfurt/Main. He has organised several large exhibitions, including Westkunst (1981) in the Messehallen, Cologne; von hier aus (1984) in the Messe, Düsseldorf; and Der zerbrochene Spiegel (1993) in Vienna and Hamburg. Together with Klaus Bußmann, he co-initiated and organised sculpture projects muenster in 1977 with following editions in 1987, 1997 and 2007. From 2000 to 2012 he was the Director of the Museum Ludwig, Cologne. Prof. König was Chief Curator of Manifesta 10, which took place at the State Hermitage Museum in St Petersburg, Russian Federation, in 2014.
Goethe-Institut, SW7 2PH 11 Feb 2015 Free 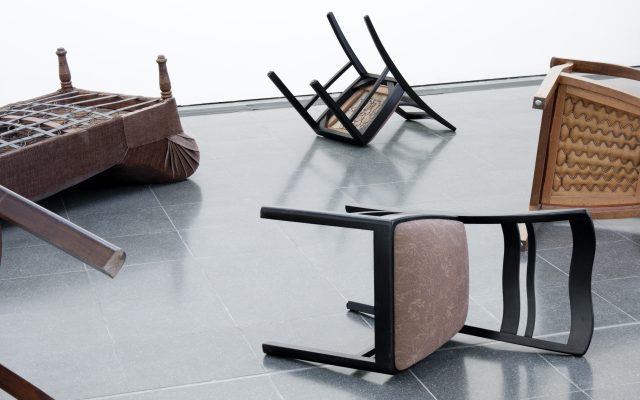 This was just one of Reiner Ruthenbeck's iconic pieces shown at the Serpentine Gallery in a major survey of the German artist's work.