An evening of experimental music that responded to the exhibition of Nairy Baghramian and Phyllida Barlow at the Serpentine.

For this event, Barlow invited some of the most innovative and experimental musicians and artists working with sound as material to perform in the environment of Café Oto, a venue dedicated to new music existing out of the mainstream.

Phyllida Barlow and Friends explored notions of alternative forms of sculptural language. As the artist explained: ‘[Phyllida Barlow and Friends] will extend a notion of the sculptural language away from my own repertoire of physicality. It’s just to take the opportunity to do something that’s not familiar to me critically, and trying to embrace that… It’s beyond my radar, so again it’s to keep this excitement about this subject [of sculpture] alive.’

In Slick Flection, the terms of the instructions for a tap dance are substituted with other syllables. Following the pattern of the dance, the sounds sometimes fall in an order that makes sense, sometimes just rhythm, the choreography shifting from the feet to the tongue.

Performance for guitar and homemade banjo with video projection, newspaper and mobile phone, 2008

Bass clarinet duo, including a piece by visual artist Joan Key, and a short improvisation.

Fabian Peake — The Wall Opposite

This work is a video of a sequence of images, taken over one year, of discarded objects opposite to where the artist lives. It is accompanied by a spoken text which emphasises change and repetition.

A project involving electromagnetic and mechanical preparations of the piano, performed as a duo.

Siôn Parkinson — Gowk or A Monstrous Outrage on Maternal Affection, 2010

In Gowk, a short, loose narrative is sung as if spoken by a Koel (a brood parasite, something like a cuckoo) in birdlike stutters and onomatopoeic utterances. The song retains a light melancholic melody throughout, a rhythmic call or refrain that momentarily falls to anger, a throat-cough of something deeply suppressed.

This piece draws together voice-work and its noises in a compilation tape with found footage and re-recorded material, played on Thug. This version also reuses Margery, a felted shelving unit, and introduces Slide, a new mobile dimension.

Made in collaboration with the composer and musician Torío, this work includes a self-reflexive narrative about its own production.

Performance for record player, guitars and other objects

Background: The song ‘Louie Louie’ is a counterpoint in the history of music. It is a song distilled to its simplest component – the three-chord riff. Baker and Poulson have worked with ‘Louie Louie’ as a recurring project throughout their career to explore the nature of the riff. The results have been manifest in a number of guises over this period, including lectures, writings, performances, recordings and installation.

Performance for voice, guitar and other objects

The performance is an improvisation on hardware that is not meant to produce either audio or video on its own. Sound and picture is generated by feedbacks that are then further processed by the modifications I have added to the machines.

Phyllida Barlow (b. 1944, UK) is a pioneering English artist whose sculptural installations are characterised by their large scale, often made quickly in the same place that they are to be shown, with materials that are subsequently recycled for future use. Their often rough appearance conveys the urgency with which they are produced. In addition to being a practising artist since the 1960s, Barlow has had a long teaching career, tutoring several generations of students who have gone on to become distinguished artists.

Tom Badley makes images, objects, videos, writings and performances. His eclectic interests and inspiration encompass geometry, music, contract law and physics, which he uses to explore our cultural crisis and its antidotes. Born in 1985, Badley studied art at the Slade from 2004-08 and now works in London. Recent solo shows include self-titled exhibitions at Rokeby, Tenderpixel Gallery and a lecture at Tate Britain www.tombadley.net.

Ben Barwise and Emily Bennett are artists and musicians. This is a new collaboration, forming the band Group Hug, which experiments with mechanical techniques and feedback. They play on homebuilt instruments, synthesisers, mechanical speakers and drums. Barwise recently performed at Gasworks (2009). Bennett is a member of the indie band Betty and the Werewolves.

Dale Berning is a French/South African musician and artist based in London. She has exhibited and performed in the UK, France, Germany, US, Israel and Japan. She is represented by Take Ninagawa, Tokyo, and had her second solo show there in January 2009. She has releases on Bo’Weavil Recordings, UK, and flaü, Japan www.takeninagawa.com.

Stephen Cornford is a sculptor working with music, sound and noise. He is currently a Research Fellow at the Sound Art Research Unit of Oxford Brookes University. Recent exhibitions include solo shows at Elevator Gallery (London) and Permanent Gallery (Brighton) and performances at ArtEx Sonora (MACUF, La Coruña) and All Around You (Arnolfini, Bristol). He is also one-half of the mechanical rock band Human Separation, alongside Matthew Appleby.

Samuel Rodgers is a sound-oriented artist and improviser. Time is given to exploring acoustic phenomena and developing physical/tactile relationships to sounding objects and spaces. Sound recording and reproduction are key in the articulation of these spatial relationships.

Jess Flood-Paddock’s work is a multi-disciplined sculptural practice that includes videos made on a mobile phone. With emphasis on the handmade, history and the personal memory bank, it attempts to question contemporary awareness and what it is that we don’t realise we’re doing.

Sam Steer is a banjo player, animator and illustrator. His work has been shown at V&A Lates (2009) and ICA (2009). His 2008 animation The Cavalier has been screened at 7 Inch Cinema, Green Man Festival and Supersonic Festival and shortlisted at the Soho Shorts film festival, London www.samsteer.co.uk.

Sarah Jones and Eve Peasnall are both research students at the Royal College of Art. Sarah’s practice stretches across a range of materials and publishing formats; most recently she has embarked on a series of sound recordings and has cut her first 7” single in transparent amber vinyl. Eve is working with the furniture of paintings and the character of the voice and voiceover. Together, Sarah and Eve have been writing, recording and accumulating materials that come to comprise a version for a specific playback situation.

Siôn Parkinson was born in Dundee and now lives and works in London. His work includes sculptural installation, writing and singing. Parkinson’s art takes its cue from moments of ambivalence, dealing with the on/off-ness or ‘not-ness’ state of things. His use of contrasting, unlikely or loaded materials also figures prominently. His forthcoming exhibition, Kam Lee And The Second Look will open at the new Dalston Library on 6 June.

Eddie Peake lives and works in Rome and London. His work encompasses many different media and investigates the space between verbal and non-verbal language. Solo exhibitions include Ladies, Parade, London (2008) and The Casper Erasmus School of Art, The Hex, London (2007). He has a forthcoming solo show at Lorcan O’Neill project space, Rome.

Iñaki Estrada Torío (b. 1977, San Sebastián, Guipúzcoa, Spain) is a composer and musician. His music has been played in many different countries by great international soloists. His scores are published by Nuova Edizioni Stradivaius. Recently, two of his works, Oreka and Begiratzailearen Nahia, have been recorded by Bertrand Chavarría for 3D Classics in the disc Bypass 2.1.

Fabian Peake is an artist working in many different media, including fabric constructions, paintings, drawings, printmaking and objects. He is also a writer. His work has been exhibited and published in the UK, Europe and USA. His recent work will be shown in a forthcoming exhibition in Glasgow.

David Ryan is a visual artist and musician. He has worked with composers Earle Brown and Christian Wolff and has also been invited to various festivals including the Huddersfield Contemporary Music Festival; Synthèse, Bourges, France; Aperto, Reggio Emilia, Italy; and Nuova Consonanza, Rome, Italy. He has recently worked on films on subjects such as the Darmstadt School and the house in Rome of composer Giacinto Scelsi.

Ian Mitchell studied clarinet with John Maclean and with Alan Hacker at the Royal Academy of Music. He has appeared as soloist with the BBC Symphony Orchestra and London Sinfonietta and with Michael Nyman Band and The Gavin Bryars Ensemble among others. He is director of the chamber ensemble Gemini, a member of the Albanian folk band Liria and is a regular improviser with David Ryan in the MitchellRyan Duo.

Simon Schäfer (b. 1978) is a sculptor and media artist from Germany, living and working in London. Der Warst, born around 2000-ish, is his performative alter ego, the extension of his body and mind through his machines. Their joint efforts cover a wide range of public outings from gallery spaces to techno raves. Notable past events: Bent festival LA (2008); European Media Art Festival, Osnabrueck (2008); Curtas Vila do Conde, Portugal (2009) and RCA sculpture interim show (2010).

Samuel Williams is an artist based in London who makes a mixture of objects and video works, often at the same time. He is currently showing in Formal Inquiry at Cole Contemporary, Irregular Wasps at Tintype Gallery and X Artworks in a Straight Line (Seeking the Perfect Sphere), at Crisp. In October he is spending three months at the Kyoto City University of Art, Japan. 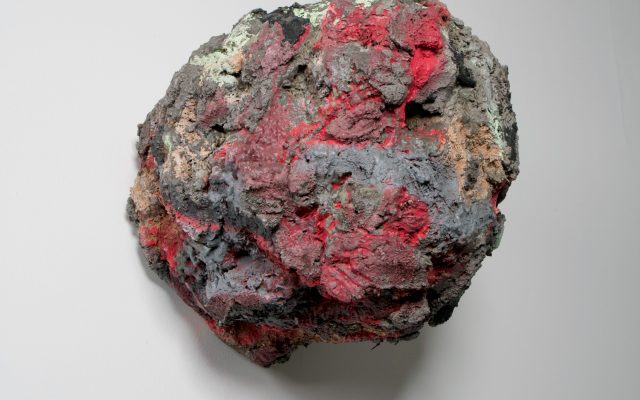