“The proposed Summer House builds upon my project La Ville Spatiale (Spatial City) begun in the late 1950s. The manifesto for this project, published in 1959, was based on two pillars or principles: firstly, a mobile architecture that could create an elevated city space and enable the growth of cities while restraining the use of land; secondly, the use of modular structures to allow people to live in housing of their own design.

“The Serpentine Summer House is a ‘space-chain’ structure that constitutes a fragment of a larger grid structure, originally conceived for La Ville Spatiale. This original structure, designed for bearing light loads, consists of 30 cubes measuring 1.80 x 1.80 x 1.80 m3, built with metal rings of 1.80 m in diameter and assembled into a skeleton. Some of the cubic voids are enclosed with panels of polycarbonate.

“The Summer House is a space-chain construction of 4+1 levels. It is composed of cubes defined by 6 circles of 1.85 metre in diameter and made with steel tubes of 16 mm in diameter. The cubes are composed into irregular geometrical shapes that rest on the ground.

“The Summer House is a modular structure that can be disassembled and assembled in different formations and compositions. In this particular case, it is only the ground level that is accessible to visitors. But with slight technical changes, such as adjusting some of its constituting elements, all levels could be made visible to visitors.

“The project is conceived to serve as a multi-level ‘showcase’ for exhibitions. Part of the cubes can support transparent polycarbonate panels, which can be used as showcases containing artworks, plants or other objects. The Summer House is essentially a movable museum and exhibition.” 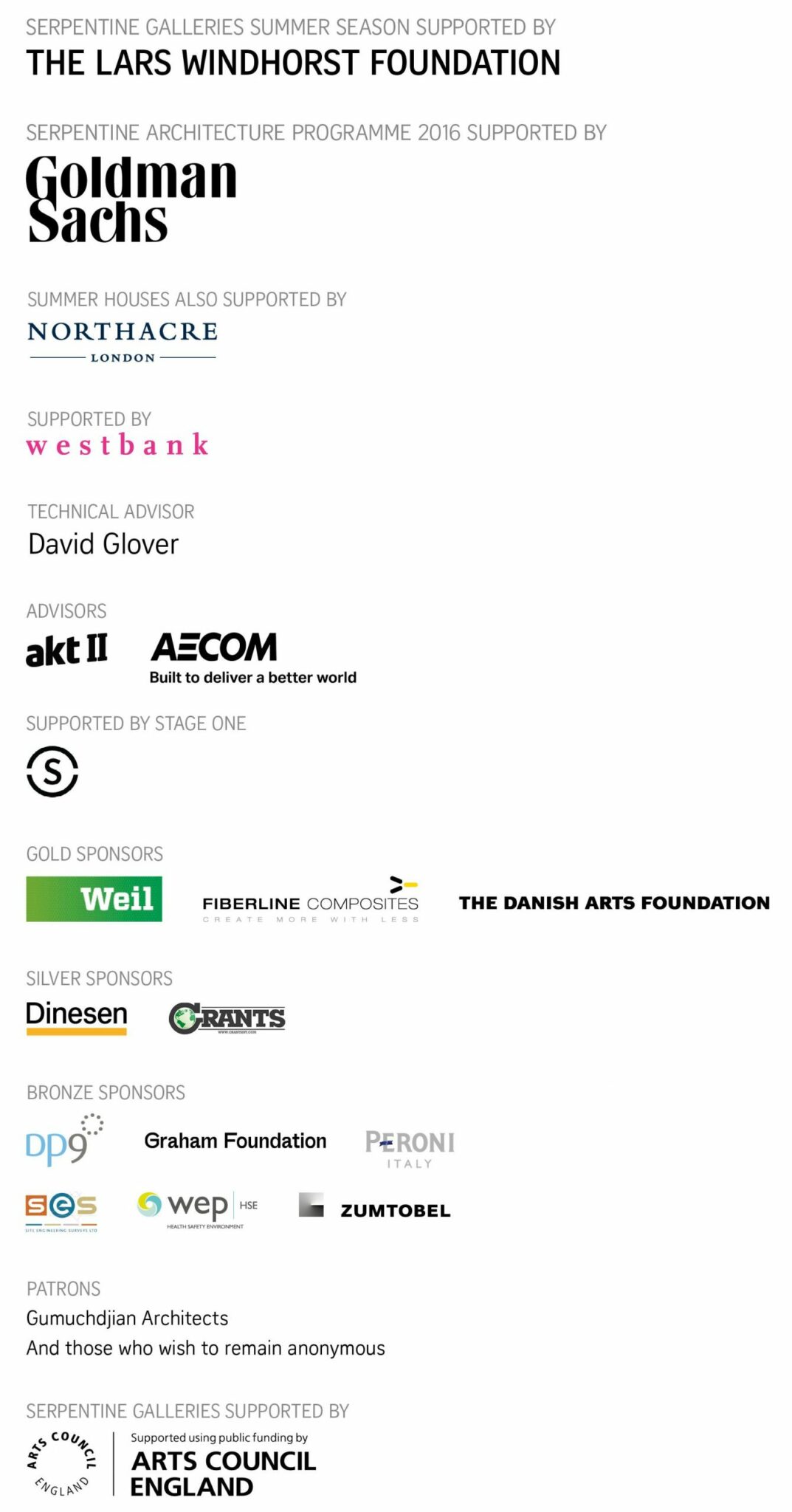 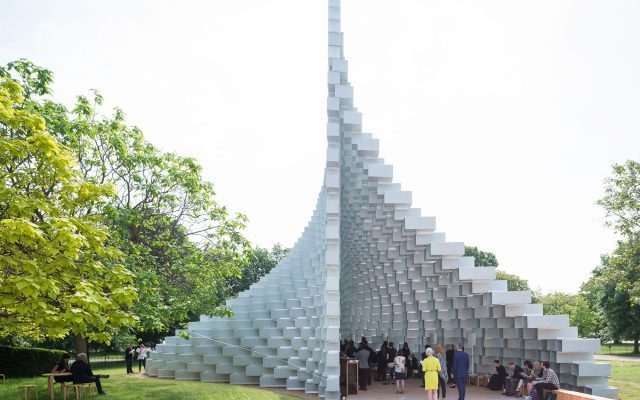 The Serpentine Architecture Programme expanded for 2016, with four Summer Houses joining the Pavilion.