In the summer of 2013, the Serpentine presented the first solo exhibition of the work of STURTEVANT to be held in a public institution in the UK.

LEAPS JUMPS AND BUMPS showcased STURTEVANT’s work since the 1970s, demonstrating the wide variety of media she embraced.

Despite early hostility to STURTEVANT’s work and ideas, her influence grew significantly over the last two decades. Many now regard her as one of the most important artists of the 21st century, realising that she presaged the world we live in today, with its deluge of unattributed information and repeating imagery.

The relationship between repetition and difference was central to Sturtevant’s thinking. Her works are not ‘copies’ but probe beyond the surface to demonstrate the power of Gilles Deleuze and Michel Foucault’s thinking about repetition: her practice entailed the wholesale re-creation of ‘original’ works, without recourse to mechanical reproduction of any kind. As STURTEVANT said: “The work is done predominantly from memory, using the same techniques, making the same errors and thus coming out in the same place.” Warhol was once asked how he made his work. “Ask Elaine [STURTEVANT],” he replied.

From 2000, STURTEVANT embraced film and video, advertising and internet-based images, producing work to reflect the fragmented and pervasive nature of our image-saturated culture. LEAPS JUMPS AND BUMPS showcased the artist’s work since the 1970s, including core works demonstrating the wide variety of media she embraced. The exhibition included the large-scale video work, Finite Infinite (2010) and a piece comprising garlands of light bulbs, Gonzalez-Torres Untitled (America) (2004), an earlier version of which was shown at the Serpentine in 2000 in the Felix Gonzalez-Torres exhibition.

STURTEVANT participated in the Serpentine’s Manifesto Marathon in 2008 with a piece called Dumbing down and Dunkin’ Doughnuts, which claimed that ‘stupidity is our new chic’. 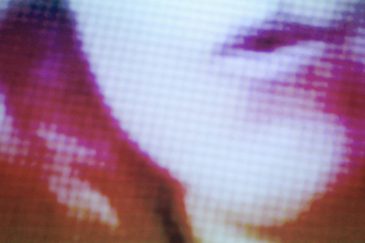 A day of talks, performances and screenings inspired by the exhibition STURTEVANT LEAPS JUMPS AND BUMPS. 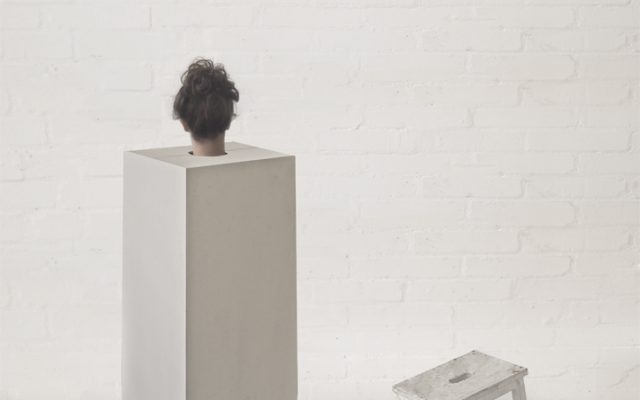