Exploring Tarab, both as a traditional form of music and an Arabic word to describe the emotional effect music has on the listener, Atoui invited 14 internationally renowned musicians — from hip-hop and electronica performers to contemporary and traditional instrumentalists — to create a dialogue with the collection of Kamal Kassar’s AMAR Foundation which houses the largest library of Tarab and classical Arab music in the world. Atoui has long been captivated by the improvisation inherent in this deeply evocative music, which binds the audience to the performer. As Atoui says: ‘Tarab is not a music genre, but a state of ‘melotrance’ that you reach after being exposed to music for a certain amount of time.’

La Suite was commissioned and produced by Sharjah Art Foundation and was a development of his earlier works Revisiting Tarab, performed in Sharjah this past March and Visiting Tarab, performed in New York, November 2011, as a Performa Commission with Sharjah Art Foundation. Responding to the theme of the Serpentine’s Memory Marathon, Atoui’s interpretation of this largely forgotten music promised to transport the audience to a lost world of Arabic culture that dates back to the beginning of the 20th century.

Tarek Atoui was born in Lebanon in 1980 and moved to France in 1998 where he studied sound art and electro-acoustic music. In 2006, he released his first solo album in the Mort Aux Vaches series for Staalplaat Records and in 2008 served as artistic director of STEIM Studios in Amsterdam, a centre for the research and development of new electronic musical instruments. Atoui is a sound artist who initiates multidisciplinary interventions, events, concerts and workshops and specialises in creating computer tools for interdisciplinary projects and youth education. He has presented work internationally including the Sharjah Biennial, Sharjah, UAE(2009); the New Museum of Contemporary Art, New York (2010); La Maison Rouge, Paris (2010); Mediacity Biennial, Seoul (2010); Haus Der Kunst, Munich (2010); Performa 11, NYC (2011) and documenta 13 (2012). 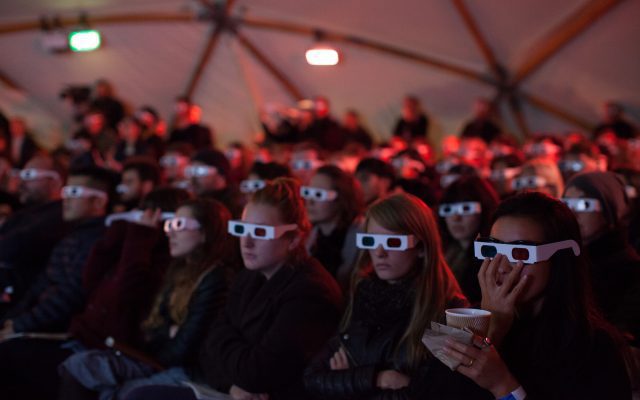 An exploration of memory, archaeological excavation and historical recordings through overlaps and interactions.