Pierre Huyghe is one of the world’s leading artists. He creates porous and contingent environments, complex systems in which living and non-living, real and symbolic agents evolve.

Although Huyghe intentionally alters the sites in which he works, events and growth are often encouraged to occur without his control. The exhibition was therefore changed irrevocably and unpredictably over the course of the time in which it existed.

For his exhibition at the Serpentine, Huyghe began by selecting a set of images and descriptions and gave them to an individual. As this person recreated these images in their mind, their brain activity was captured by an fMRI scanner, and the data produced was given to a deep neural network, which attempted to reconstruct them, collaging together elements from its own bank of images.

The thousands of attempts of the deep neural network to construct visual representations of a human thought were presented here on large LED screens distributed throughout the gallery. The rhythms and pauses within the succession of images were endlessly modified by conditions in the gallery; sensors detecting light, temperature and humidity levels, the presence of insects, and the gaze of visitors produced a feedback loop.

The conditions of the space were constantly changing and inflecting each other. A community of flies living in the central gallery created unrepeatable patterns on the domed ceiling as they emerged, grew and learned to fly; areas of the gallery walls were sanded down, and the dust from the paint of previous exhibitions was tracked across the floor as visitors entered and departed.

Together, these elements made up an ecosystem that looped together human, animal and technological players. Each of these players may be indifferent to the others, but could not help but affect what became visible on the screens as they entered, and after they left.

‘When what is made is not necessarily due to the artist as the only operator, the only one generating intentions and that instead it’s an ensemble of intelligences, of entities biotic or abiotic, beyond human reach, and that the present situation has no duration, is not addressed to anyone, is indifferent, at that moment perhaps the ritual of the exhibition can self-present.’  Pierre Huyghe in conversation with Hans Ulrich Obrist, 2018

‘[Huyghe] is not interested in creating fictions, but new realities; the realities he has created have proved unsettlingly visionary.’  ArtReview

The exhibition contained live flies. Steps were taken by the Serpentine Galleries, with advice and assistance from specialists, to ensure the utmost care of the flies included in this installation. Please see this leaflet for more information.

The exhibition was accompanied by a digital Mobile Tour supported by Bloomberg Philanthropies and a free downloadable Exhibition Guide.

Born in Paris in 1962 and based in New York, Huyghe works on situations that are often based on speculative models.

The environments he creates are complex systems in which interdependent agents, biotic and abiotic, real and symbolic are self-organising, co-evolving in a dynamic and unstable mesh. Crucially, the different modes of existence and intelligence involved are often imperceptible to the visitors who encounter them.

This new exhibition for the Serpentine follows Huyghe’s recent acclaimed ones, including After ALife Ahead for Skulptur Projekte Münster, 2017; Untilled at Documenta 13, 2012; and The Host and the Cloud in 2010.

As part of the General Ecology project, and on the occasion of Pierre Huyghe’s exhibition, Serpentine Cinema presented a programme of artists’ films addressing humans' impact on the biosphere and the environment. 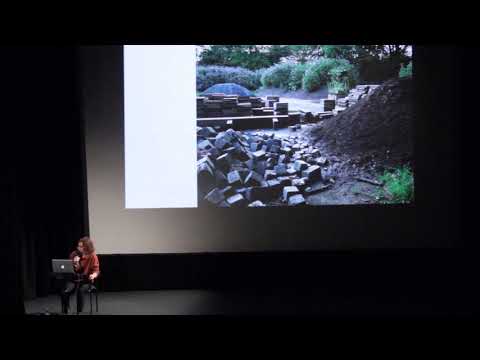