The ground-breaking work of Faith Ringgold was celebrated in this exhibition at the Serpentine Galleries, her first in a European institution.

As an artist, activist and children’s author Ringgold (b. 1930, Harlem, New York) has challenged perceptions of African American identity and gender inequality for over five decades. Growing up in the creative and intellectual context of the Harlem Renaissance and inspired by her contemporaries including writers James Baldwin and Amiri Baraka, she is widely recognised for her painted story quilts combining personal narratives, history and politics “to tell my story, or, more to the point, my side of the story”, as an African American woman.

This survey exhibition, Ringgold’s first in a European institution, is chronological and includes paintings, political posters and story quilts. It begins with American People (1963 – 67), a series that exposes social inequalities and racial tensions she witnessed during the Civil Rights era, and culminates in her response to the Black Power movement. In the 1970s, her work and politics embraced feminism as she led protests outside New York museums demanding equal gender and racial representation in exhibitions, designed political posters and co-organised the People’s Flag Show, for which she was arrested.

Ringgold’s paintings shifted in the 1970s from traditional oils to her first unstretched works bordered with pieced fabric, inspired by Tibetan tanka paintings. The exhibition includes her tankas from the Feminist, Slave Rape and abstract Windows of the Wedding Series Ringgold made in collaboration with her mother Willi Posey, a fashion designer. This led in the 1980s to Ringgold’s first story quilts, where she was able to finally ‘publish’ her writings. She said: “There’s so much freedom in Freedom of Speech, I could write whatever I wanted on my art – no one could stop me.” These works weave image and text in the tradition of quilting passed on through the female line of her family from her great-great grandmother who was born into slavery. From Harlem rooftops and jazz clubs, to a graffiti-filled New York subway and a radical biography of Aunt Jemima, the face of a pancake mix brand, Ringgold’s affirmative quilts celebrate a myriad of life, culture and aspiration. Her later quilt series Coming to Jones Road and the American Collection return to voice African American histories, including that of the Underground Railroad. As cultural assumptions and prejudices persist, Ringgold’s work retains its contemporary resonance. 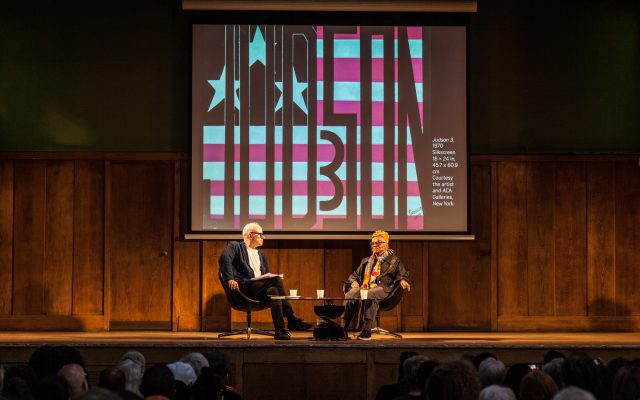 An Evening with Faith Ringgold 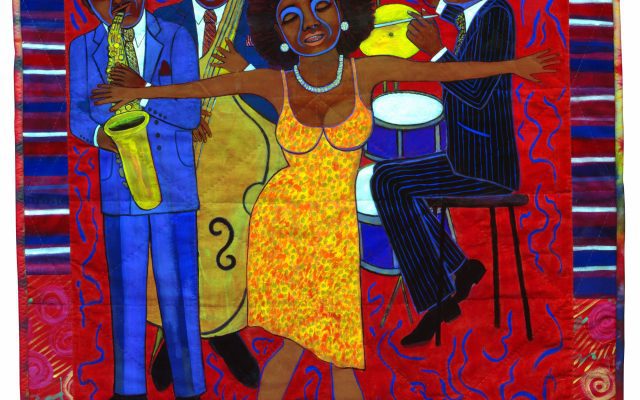 Listen to the sound of Harlem with this special playlist created by Faith Ringgold and her daughter Michele Wallace.