To celebrate the opening of her solo exhibition at Serpentine, Kamala Ibrahim Ishag returns to the RCA where she studied in the 1960s. She will be in conversation with Hans Ulrich Obrist, Artistic Director, Serpentine to discuss her work, teaching career and exhibition.

Kamala Ibrahim Ishag’s work bridges the earthly and spiritual through an understanding of our connections with the natural world. A pioneering Sudanese artist, with a career spanning over 60 years, Ishag is a defining figure of modern and contemporary art. Her widely recognised paintings, where human and plant forms often intertwine, use a distinctive palette rooted in the colours of the sun, sand and sky. Her works contemplate both the cyclical flow of life and the intangible aspects of women’s lives in Sudan. This major exhibition includes large-scale oil paintings, works on paper, and painted calabashes alongside new and never previously exhibited works.

Kamala Ibrahim Ishag: In Conversation is presented in collaboration with Sharjah Art Foundation, The Africa Institute, Frieze Masters, and the School of Architecture at the Royal College of Art.

Kamala Ibrahim Ishag (b. 1939) was amongst the first women artists to graduate from the College of Fine and Applied Art in Khartoum in 1963. She followed this with studies at the Royal College of Art in London, taking Mural Painting between 1964 and 1966 and then Lithography, Typography and Illustration from 1968 to 1969. In 2019, Ishag was awarded the prestigious Principal Prince Claus Award for Culture, and in 2020 she participated in the Lahore Biennial, Lahore, Pakistan. Her work is held in international collections including The Jordan National Museum of Fine Art, Sharjah Art Foundation, Museum of Women in the Arts in Washington DC and Museum of Modern Art, New York. She lives and works in Khartoum, Sudan. 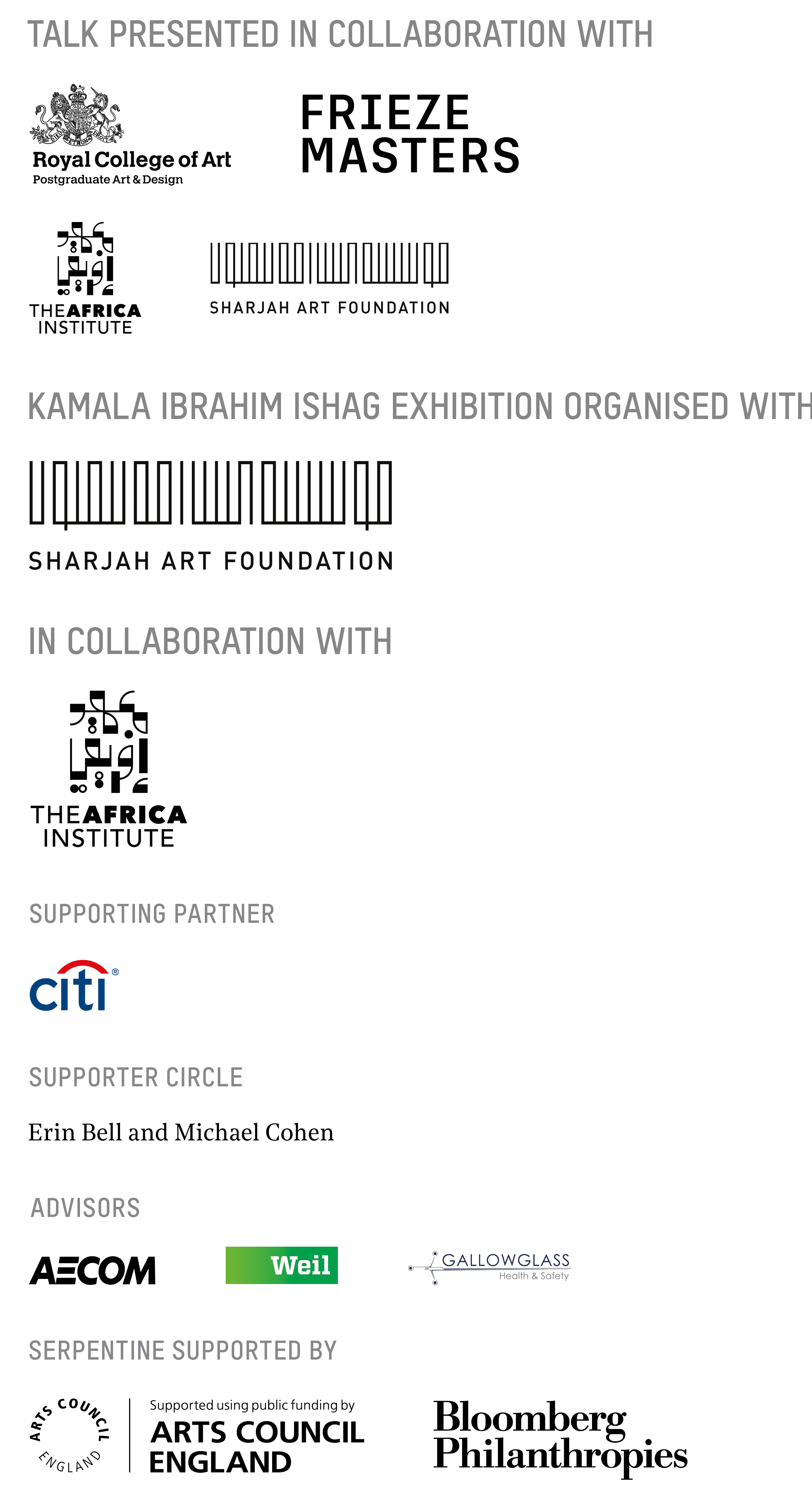 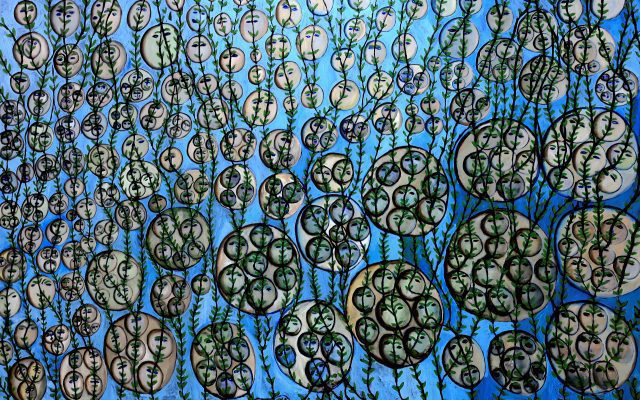 An exhibition by Sudanese artist Kamala Ibrahim Ishag, whose work intertwines the earthly and the spiritual.