This survey exhibition of the American figurative painter, his first in London since 2000, highlighted key aspects of Golub’s oeuvre from the 1950s until his death in 2004.

Throughout his career, Golub was guided by his belief that art should have relevance. His works are profoundly psychological and emotive – often painted on a huge scale – and return again and again to themes of oppression, violence and the misuse of power. His paintings from the 1950s depict universal images of man and reference the classical figure found in antiquity, while his highly political series of the 1970s and 80s draws on the Vietnam War, American foreign policy and the rise of paramilitary soldiers in places such as South Africa and Latin America. His work from the 1990s incorporates slogans, text, graffiti and symbols into dystopian scenes of urban existence.

Golub experimented with scale, and the works assembled for this exhibition range in size from the smaller works on paper to monumental, unstretched canvases that extended from floor to ceiling at the Serpentine Gallery.

Born in Chicago in 1922, Golub began painting in the figurative style in the early 1950s. Labelled as a ‘Chicago Imagist’, he was a member of the post-war artists’ group known as Monster Roster. Several members of the group, including Golub, served in World War II, subsequently obtaining fine arts degrees as a result of the American GI Bill. During a time when abstraction was hailed as the future of contemporary painting, the group created works rooted in the external world, with the human figure and contemporary events informing their style and content.

The film shown below was produced by Golub in 1995 as a contribution to the do it project. Curated by Hans Ulrich Obrist, do it began in Paris in 1993 as a conversation between Obrist and the artists Christian Boltanski and Bertrand Lavier. Obrist was concerned with how exhibition formats could be rendered more flexible and open-ended. The result is an ongoing exhibition that consists of instructions set out by artists for anyone to follow.

A Symposium on Leon Golub took place at the Royal College of Art, Battersea looking at Leon Golub’s work and activism in the context of contemporary global politics. The symposium was preceded by a screening of documentaries about Leon Golub at the Hackney Picturehouse.

A Symposium on Leon Golub

A symposium about Leon Golub’s work and activism in the context of contemporary global politics. 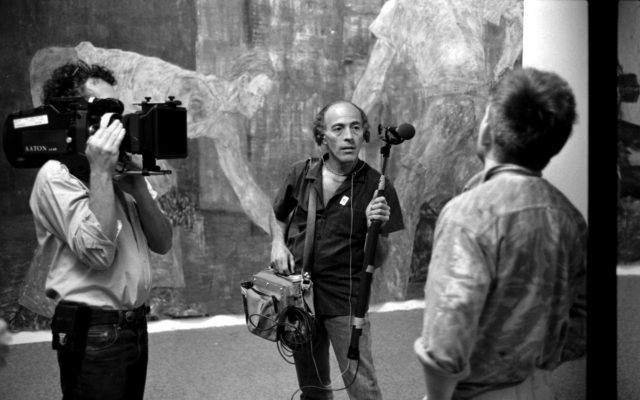 An exploration of Leon Golub's artistic career and politics through a double bill of documentaries.