Five episodes were performed at the Serpentine Gallery and Café OTO on Friday 28th and Saturday 29th September. On Sunday 30th September, the composer, celebrated for his operas and multi-disciplinary projects, performed and took part in a discussion with Alex Waterman, director of Vidas Perfectas, and artist and writer Will Holder.

Perfect Lives – an opera ‘about’ a bank robbery, cocktail lounges, geriatric love and adolescent elopement set in the American Midwest – challenges the ways in which we perceive the relationship between language and music. For the Spanish-language incarnation, the singer-songwriter Ned Sublette, assumed the role of ‘R’, the opera’s narrator, originally performed by Ashley. Alongside him was Elio Villafranca, the Cuban Jazz musician, in the unique all-piano role of ‘Buddy, The World’s Greatest Piano Player’. Composer Peter Gordon, who collaborated with Ashley on the original Perfect Lives, returned as music-producer, mixing and playing live electronics. Elisa Santiago (appearing as Isolde, Gwyn, and Ida) and Raul de Nieves (appearing as Will, Ed, and The Captain of the Football Team) were the chorus.

The Serpentine Gallery and Café OTO performances were the first stop of the completed work’s international tour.

For more information on Vidas Perfectas, go to www.vidasperfectas.org 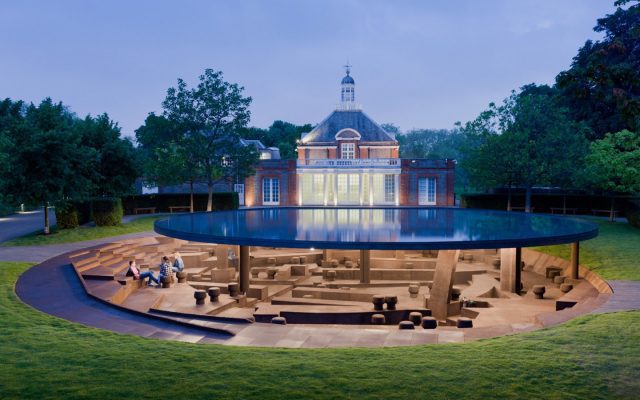 The design team came together again in London in 2012 for the Serpentine's acclaimed annual commission.