The design team responsible for the celebrated Beijing National Stadium, which won the prestigious RIBA Lubetkin Prize, came together again in London in 2012, in a special development of the Serpentine’s acclaimed annual commission.

Open from June to October 2012, the Pavilion was presented as part of the London 2012 Festival, the culmination of the Cultural Olympiad. The Pavilion was Herzog & de Meuron and Ai Weiwei’s first collaborative built structure in the UK.

The 2012 Pavilion took visitors beneath the Serpentine’s lawn to explore the hidden history of its previous pavilions. Eleven columns characterising each past pavilion and a twelfth column representing the current structure supported a floating platform roof 1.5 metres above ground. The Pavilion’s interior was clad in cork, a sustainable building material chosen for its unique qualities and to echo the excavated earth. Taking an archaeological approach, the architects created a design that inspired visitors to look beneath the surface of the park as well as back in time across the ghosts of the earlier structures.

Herzog & de Meuron and Ai Weiwei said: “Every year since 2000, a different architect has been responsible for creating the Serpentine Gallery’s Summer Pavilion for Kensington Gardens. That makes eleven Pavilions so far, our contribution is the twelfth. So many Pavilions in so many different shapes and out of so many different materials have been conceived and built that we tried instinctively to sidestep the unavoidable problem of creating an object, a concrete shape. Our path to an alternative solution involves digging down some five feet into the soil of the park until we reach the groundwater. There we dig a waterhole, a kind of well, to collect all of the London rain that falls in the area of the Pavilion. In that way we incorporate an otherwise invisible aspect of reality in the park – the water under the ground – into our Pavilion. As we dig down into the earth to reach the groundwater, we encounter a diversity of constructed realities such as telephone cables, remains of former foundations or backfills. Like a team of archaeologists, we identify these physical fragments as remains of the eleven Pavilions built between 2000 and 2011. Their shape varies: circular, long and narrow, dot shaped and also large, constructed hollows that have been filled in. These remnants testify to the existence of the former Pavilions and their more or less invasive intervention in the natural environment of the park. All of these traces of former pavilions will now be revealed and reconstructed.”

The Serpentine Gallery Pavilion operated as a public space and as a venue for Park Nights, the gallery’s high-profile programme of public talks and events. Connecting to the archaeological focus of the Pavilion design, Park Nights culminated in October with the Serpentine Gallery Memory Marathon, the 2012 edition of the annual Serpentine Marathon series conceived by Hans Ulrich Obrist.

‘This is, quite simply, the best summer Pavilion there’s been at the Serpentine’ –Time Out 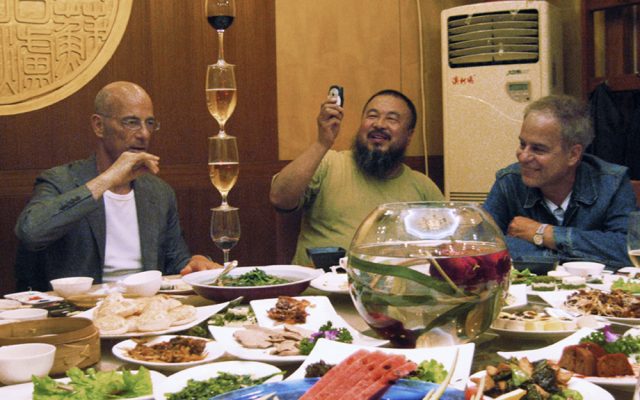 Writer and blogger Cory Doctorow convened an evening of performances and readings on the subject of digital memory. 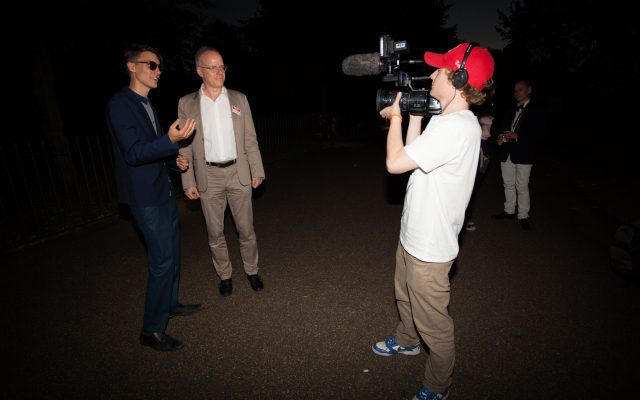 The Dreamy Awards recognised the individuals and institutions that are helping shape our current cultural landscape. 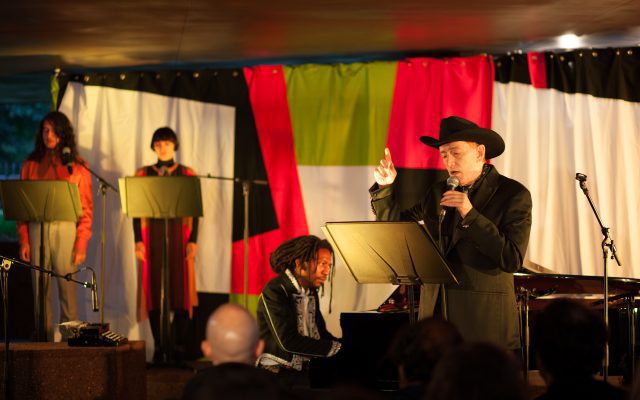