Pascale Marthine Tayou studied law before deciding to become an artist. He began exhibiting in the early 1990s – a time of political and social upheaval across West Africa. With works often produced in situ, Tayou is renowned for combining found and discarded objects and materials – often sourced locally – with a skilled and playful sense of craftsmanship. He has exhibited internationally, including solo exhibitions at the Fowler Museum at UCLA (2014); Kunsthaus Bregenz (2014); MACRO, Rome (2012); MUDAM Luxembourg (2011); Mac Lyon (2011) and Malmö Konsthall (2010).

N’Goné Fall is an independent curator, essayist and consultant in cultural policies. She was the editorial director of the Paris-based contemporary African art magazine Revue Noire from 1994 to 2001. She has edited books on contemporary visual arts and photography in Africa, including An Anthology of African Art: The Twentieth Century (New York: DAP, 2002). Fall has curated exhibitions in Africa, Europe and the USA. She was one of the curators of the African Photography Biennial, Bamako (2001), and a guest curator of the Dakar Biennial (2002). As a consultant in cultural policies, she is the author of strategic plans, orientation programmes and evaluation reports for national and international cultural institutions and art foundations. She is a founding member of the Dakar-based collective GawLab, a platform of research and production for art in public spaces and technology applied to artistic creativity.

Julia Grosse is the founder and editor in chief of C&, an online journal founded in 2013 which focuses on international art from African perspectives. Grosse graduated in Art History, German Literature and Media at the Ruhr-Universität, Bochum, before she trained at German media houses to become a culture journalist. Grosse has worked as an arts correspondent in London for the Frankfurter Allgemeine Sonntagszeitung, AD Magazine, SZ Magazin, Tageszeitung and in 2010 founded the little publishing house Bierke. Her publication Don’t get me wrong, a handbook focusing on the many layers of global misunderstanding via hand gestures, became a little media hit and ‘Book of the Week’ on CNN. She has lived and worked in Berlin since 2013. In late March 2015, Grosse will launch C&’s first critical writing workshop in Lagos as well as the third C& print issue during the Venice Biennale and Frieze New York.

With thanks to the Goethe-Institut London. 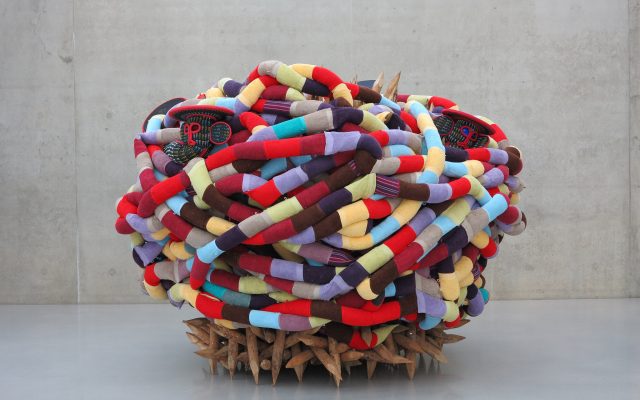