Why shouldn’t the same logic of care that curators are taught to apply to artworks also extend to the operational processes?

By Victoria Ivanova and Ben Vickers

What would it mean for a cultural institution to make their programmes matter not only artistically, but also infrastructurally?

Today, it may seem banal to state that the core function of cultural institutions specialising in contemporary art resides in providing general audiences access to art that is relevant to the current moment. Yet it is precisely today, when the pace and impacts of accelerating technological change are comparable to – or even outstrip – those in the period of industrialisation, that it is worth pausing and asking whether a renewed sense of purpose and new beneficiaries may be emerging for cultural institutions in this transformative process.

It is no coincidence that in the case of the Serpentine, a possible direction of travel may be gleaned from artistic engagements with advanced technologies that have ultimately taken the shape of new artworks. For the months spent in production mode, the Serpentine becomes a site where technical, critical, curatorial and artistic capabilities are intertwined and augmented in small but highly ambitious teams. Such processes generate copious amounts of both deeply practical and conceptual knowledge, most of which ultimately remains invisible when the final artwork is presented to the public. Something similar may be said about the back-end (i.e code) or collateral tools that have to be devised in order to make such artworks a reality.

While general audiences may not require this ‘background information’ in order to appreciate the artwork on the terms set up by the artist, the possibility to export and further develop some of the insights and capabilities developed in prior projects, or to re-engage with an issue that presented a block or a gap, would mean that cultural institutions could be making their programmes matter not only artistically, but also infrastructurally. In fact, within most other industries, building new infrastructural capabilities by leveraging new technologies is a standard practice.

“Thus, within companies or state projects, R&D labs are typically driven by risk-taking and experimentation in pursuit of industry-specific innovation.”

Thus, why shouldn’t the same logic of care that curators are taught to apply to artworks also extend to the operational processes, nascent technologies and especially networks of people that make these artworks possible? If anything, this turn has been prophesied since at least the advance of computational technologies in the 1950s and 1960s. In his 1968 ‘Systems Esthetics’ article-manifesto, curator and theorist Jack Burnham stated that ‘we are now in transition from an object-oriented to a systems-oriented culture [where change] emanates not from things, but from the way things are done’. (1) Somewhat ironically, Burnham’s now largely obscured vision finds more resonance in individual artistic practices than in art-institutional agendas.

Is the time finally ripe for art institutions and cultural organisations to take Burhnam’s proposal seriously? Judging by the appearance of new or revamped initiatives in recent years that echo Burhnam’s organisational agenda, we may be finding ourselves at a critical juncture in the practice and (self-)perception of cultural institutions. (2)

R&D as a Step into the Future?

In the Serpentine’s case, such new initiatives take the form of an R&D Platform — a dedicated operational space where care for and development of internal and external infrastructures that support innovative cultural production can consolidate, find new shape and flourish.

The term ‘R&D’ was first coined by American officials in 1947 and quickly spread across international policy contexts. Referring to company activities that did not need to yield immediate (or even mid-term) returns on investment, research and development (or prior to 1947, just ‘research’) R&D was seen to be essential to scientific and technological advancement. Thus, within companies or state projects, R&D labs are typically driven by risk-taking and experimentation in pursuit of industry-specific innovation.

One of the most glaring ‘problems’ with the R&D framework as informed by the last 150 years of corporate and state-funded projects is that in the logic of market competition at a global scale, the ultimate aim of R&D has been to secure a comparative advantage over one’s political and economic adversaries, often at grave human (and environmental) cost. Yet, it would be wrong-headed to equate R&D with one particular ideological formation and historical arch. Although R&D has been formalised as organisational activity with industrialisation, ‘[informal] R&D has existed at least since the first person experimented with methods of knapping flint to make stone age tools’. (4)

“Art institutional R&D practice could become a vehicle for applying the wealth of critical knowledge generated in the arts in addressing complex contemporary issues in conversation with other fields.”

Approaching R&D from this slightly wider perspective than its specific application in the recent history of commercial industries and geopolitical warfare allows us to address the inherent tensions that this organisational framework poses in a more constructive manner. It also allows us to see more clearly the relationship that R&D may have to contemporary art institutions. Beyond functioning as a resource for internal infrastructural renewal (5), targeted investment in R&D within the cultural field could lead to the humanities and social sciences rejoining science and technology in defining what counts as socially valuable innovation (6). Art institutional R&D practice could become a vehicle for applying the wealth of critical knowledge generated in the arts in addressing complex contemporary issues in conversation with other fields. And equally, the challenge of having the opportunity to be part of those conversations could lead to more ambitious and productively complex art, which previously could not have been hosted by the art institution.

There is a sense in which the logic of R&D is neither entirely foreign nor new to the art institution. The brief historical overview rendered above clearly shows that despite the conservative nature of institutions, arts organisations have been relatively responsive to artists engaging with challenging new issues in a speculative manner. Those arts organisations that were formed with a ‘new media’ focus have been particularly conscious of their role as platforms for artistic R&D, although, admittedly, this is not a language they’d ever use (7). The hesitation is still very much rooted in the suspicion that formats and approaches too closely associated with science and technology might ultimately be corrupted by instrumentalisation, which art, according to popular opinion, should try to evade.

“While there may be partnerships and coalitions, we have not yet seen a concerted effort within the cultural sector itself to embrace and establish standards or large-scale projects of cooperation.”

It is thus imperative to stress that the aim for R&D in the arts is not to import ready-made formats into the art field for the sake of narrow commercialisation, but rather to define an art-field specific view on innovation. To this extent, an R&D platform hosted by an arts institution would need to have a different agenda from even the kind of experimental cross-disciplinary R&D ventures that have been historically hosted by corporations such as Bell System and XEROX.

The art-institutional R&D agenda would need to support the evolving nature of art and its role in society. It is clear that today many emerging artistic practices require a much more robust art-institutional infrastructure in order to offer something distinctly valuable and to avoid falling behind those who are directly backed by technology-producing corporations and/or may use the corporate form to organise as a cultural actor (8). While the art field by definition cannot deliver the kind of specialist insight that emerges in scientific and strictly technological settings, and nor is it ever likely to have matching capital to leverage for its production processes, arts institutions can consolidate and further develop their capacity to aggregate, synthesise and distil what is most relevant and critical to the wider societal climate.

For now, despite the move by individual arts organisations to set up R&D-style projects, there is still nothing resembling an open-source community around arts development (9). There seems to be a lack of general awareness on the part of museums and cultural organisations that work could be consolidated between them in a way that makes the entire field more resilient. While there may be partnerships and coalitions, we have not yet seen a concerted effort within the cultural sector itself to embrace and establish standards or large-scale projects of cooperation.

Still, the proliferation of ad-hoc cultural initiatives that take the need for arts organisations to evolve past their historically established models as a starting point in experimenting with different ways of organising what and for whom they could produce is one important step in the direction of building a new ecosystem responsive to the requirements of technological and societal change.

2. High-profile international examples include New Inc at The New Museum, LACMA Lab, MoMA R&D, The New Normal and Terraforming programmes at the Strelka Institute in Moscow, and nationally, National Gallery X, New Work Department at the National Theatre, Digital Development at Royal Shakespeare Company, as well as the more specialised missions of such organisations as Watershed, Furtherfield and Abandon Normal Devices.

3. Similarly, there may be a concern around the assumed secrecy of R&D ventures. While this may still be true of military R&D, a lot of other sectors have now shifted towards an open innovation model that prizes exchange of information, sharing of resources and feedback over siloed confidentiality.

4. Bronwyn H. Hall (2006), ‘Research and Development’, contribution to the International Encyclopedia of the Social Sciences, 2nd Edition. Available at: https://eml.berkeley.edu/~bhhall/papers/BHH06_IESS_R&D.pdf

6. Peter Holme Jensen, CEO of Auqaporin, a bio-technology company with headquarters outside Copenhagen, articulated this as a concrete goal when reflecting on the experience of collaborating on Primer – an artistic research project hosted by Aquaporin.

7. See, for example, Ars Electronica in Austria, ZKM and Transmediale in Germany, WAAG in the Netherlands, FACT in England.

8. A glaring example of what a direct union between a technology producing company such as Epson and an interdisciplinary art-tech collective can yield is the teamLab museum. Using Epson’s 3LCD projectors for immersive digital installations, teamLab, a collective of programmers, engineers, CG animators, mathematicians and architects in the hundreds, are setting a very high benchmark for contemporary art institutions in terms of the capacity and technology at their disposal.

Why shouldn’t the same logic of care that curators are taught to apply to artworks also extend to the operational processes? 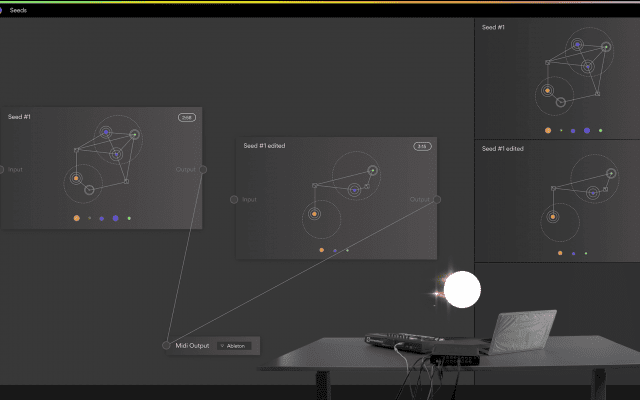 A collaboration between Serpentine Galleries R&D Platform and the Department of Digital Humanities, King's College. 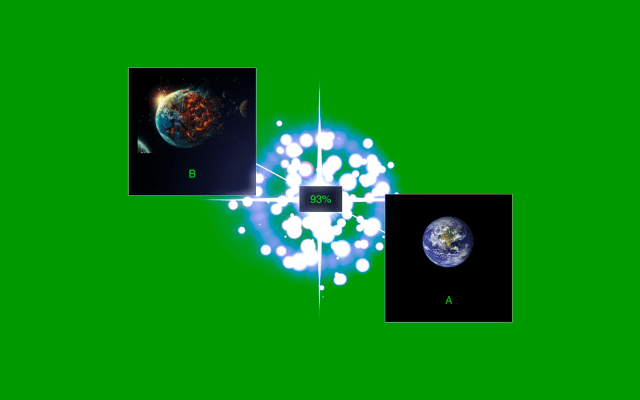 Luba Elliott on the Emergence of the Creative AI Field 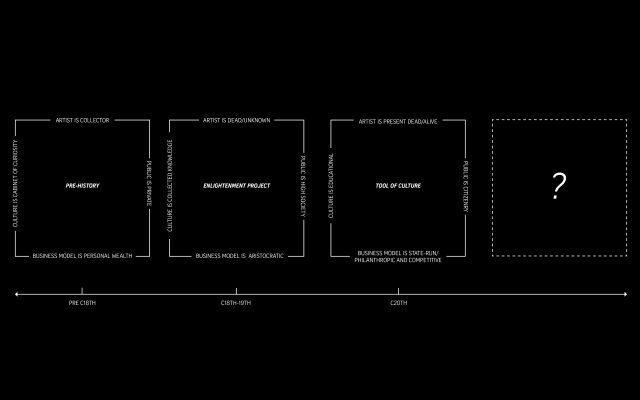 What would it mean for a cultural institution to make their programmes matter not only artistically, but infrastructurally? 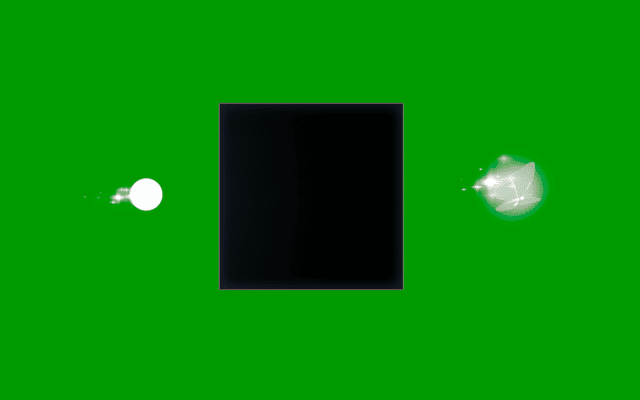 Over the past few years, artificial intelligence (AI) has captivated the imagination of the art world. 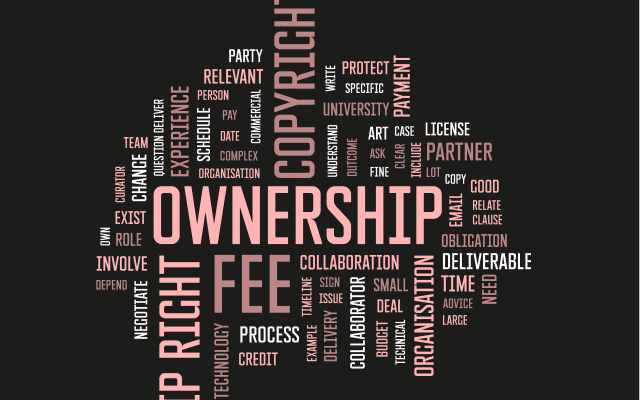 Exploring how the law can better support collaborations across art, science and technology 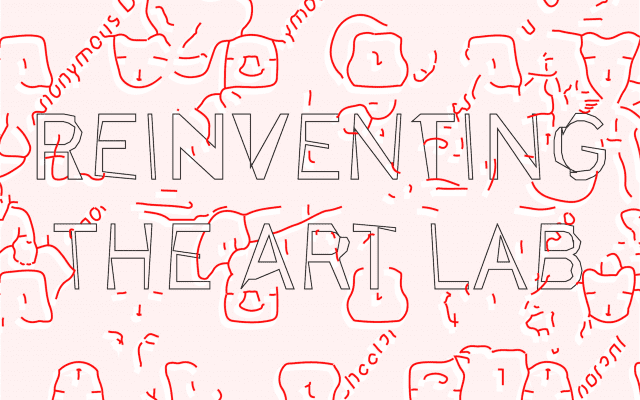